It’s a mystery as to why there arenâ€™t official LEGO PokÃ©mon sets, given the immense popularity of both brands. Those brave enough to delve into the murky waters of eBay will soon discover a alternative world where PokÃ©mon building sets are in bountiful supply, each as illegally manufactured as the last. Decades after PokÃ©mon debut, the counterfeit scene is still in full swing. 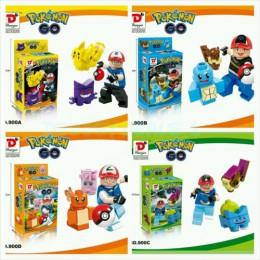 Two sets arrived on our doorstep today from China â€“ a large set from a company known as Elephant, and a small set from Dargo. Both feature PokÃ©mon Go branding even though some artwork is taken from later games in the series.

We didnâ€™t have high hopes for these at all, making a purchase simply out of curiosity. Also: they’re ridiculously cheap. After tipping out the contents of the smaller set â€“ featuring Ash, Squirtle and Eevee â€“ it soon became apparent that they donâ€™t quite resemble the images on the back of the box. The PokÃ© Ball, for instance, is missing all detail. Itâ€™s merely a badly painted red and white blob thatâ€™s impossible for Ash to hold.

When putting Ash together we ran into far bigger problems â€“ one of his legs was missing and he had two right arms. Squirtle was missing the chest piece, too. Vital pieces, one and all â€“ Ash Ketchum going into battle without a leg to stand on, yet again.

The larger set fared better. No pieces were missing, it came with printed building instructions (unlike the smaller set) and the PokÃ© Ball had full detail. This set included two PokÃ©mon, a character â€“ Team Rocketâ€™s James â€“ and a circular battle area. Other larger sets include Misty and Brock, and such PokÃ©mon as Geodude, Pikachu and Togepi.

The quality of the printed pieces – like Meowthâ€™s face, which is on a 1×1 flat brick â€“ is surprisingly good. Ash also has detail on the back of his shirt as well the front, and Jamesâ€™ hairpiece is nicely sculpted. 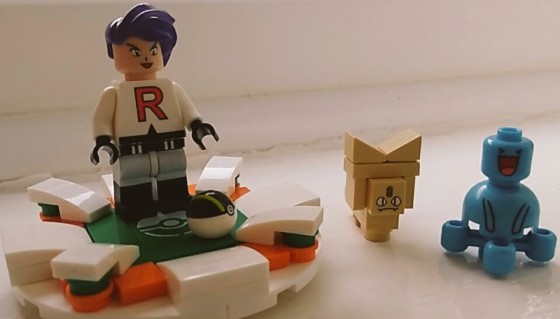 As for the Pokemon themselves, theyâ€™re made of very few pieces and as such resemble the work of preschooler. Meowth doesnâ€™t have arms or legs â€“ he just sits on two little studs â€“ and Squirtleâ€™s body is 1×1 block with some slanted blocks on the side. Squirtle still turned out better than Psyduck though, who looks more like Duplo than LEGO in the artwork for the set below: 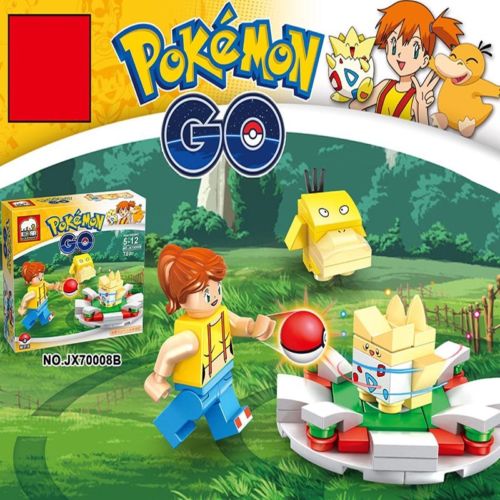 Like all things counterfeit, we suggest approaching with caution or setting expectations low. Or, you know, just staying away altogether. Bootleggers are bad men.