Call of Duty: Infinite Warfare is the UKâ€™s Christmas number one, becoming the 7th game in the series to take the Christmas crown.

Chart-Track claims that it â€œcomfortablyâ€ managed to hold off FIFA 17, which is at #2. Battlefield 1 remains at #3. 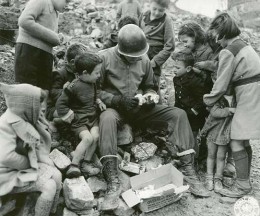 Then at #9 itâ€™s Steep, which arrived at a lowly #24 at launch. Ubisoft must be glad that itâ€™s finally selling, even if the price has already dropped to Â£25.

Mafia III finishes off the Christmas top 10 at #10. This too has seen a price drop recently, as well as heavy promotion from GAME.

After arriving at #4 last week, Dead Rising 4 falls all the way to #18. This surprises us slightly, as the price is starting to drop on this one too â€“ we spotted it for Â£29.99 in GAME yesterday.

There were no new entries in the UK top 40 this week. Minecraft: Story Mode â€“ The Complete Adventure did however rise a few places to take #24, off the back of the belated Wii U release.