Due to being set between Black Friday and the holiday season, not to mention being one of the key Xbox One titles for this winter, itâ€™s likely that DR4â€™s release date was set in stone yonks ago. There was no way Microsoft would let this one slip past Christmas.

Even with a (presumably) tight deadline though, we imagine Capcom Vancouver had a hoot during development. After all, this is the series that lets you slay zombies while dressed in all manner of daft attire, wielding weapons that would doubtlessly burn half your neighbourhood down if you tried to construct them in real life. The Christmas theme throws extra hilarity into the mix, with weapons forged from giant candy canes, holly wreaths and tacky plastic decorations. Then thereâ€™s the small matter of the much-touted Exo-suit, which can be bolstered with the innards of arcade cabinets and frozen drink makers to give it new elemental attacks. Frank smash! 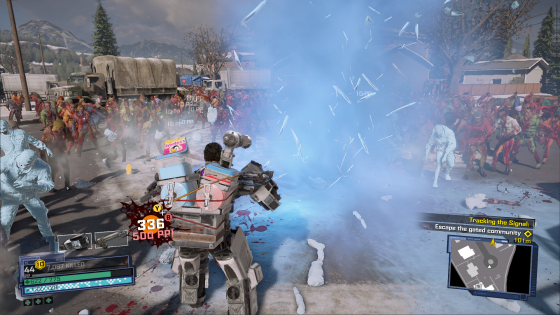 Frank West â€“ the star of the original Dead Rising â€“ is more of a joker this time round, rather than the everyday hero we grew to admire in 2006. Itâ€™s addressed early on that the famed photographer rather enjoys killing the zombies, making him less of a relatable hero than before. Another running joke is that heâ€™s an â€˜assholeâ€™ and proud of it. Thatâ€™s probably not something to boast about.

Set 16 years after the first outbreak, Frank is now a photography teacher. With the town of Willamette riddled with zombies once again, the government calls upon Frank to find the underlying cause of things. Heâ€™s joined by former student Vick, who follows Frank by trying to snag a scoop, getting caught in conflicts between survivors and the army along the way. She isnâ€™t portrayed as a damsel in distress, thankfully â€“ she can handle herself.

Most cut-scenes raise a grin, especially those during the opening, but not every attempt at humour hits home. Still, itâ€™s far less po-faced than Dead Rising 3 – the series certainly has its silliness back. You can even take a selfie with a zombie, altering Frankâ€™s facial expressions by tweaking the analogue stick. This novelty does, however, wear off quickly. 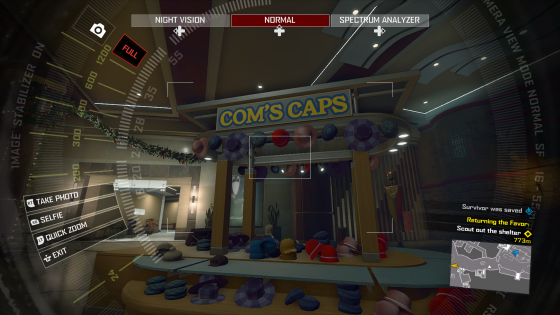 So, weâ€™re back in Willamette. The rebuilt mall is much more modern, and as such a tad closer to resembling a real-life mall. Consequently, it does lose the curiously appealing tackiness the original mall had with its flamboyant store fronts and whatnot. The mallâ€™s outskirts are far less recognisable, with farms, suburbs, and emergency shelters. Some houses also have panic rooms installed â€“ find a way in and youâ€™ll be rewarded with some extra firepower. This often involves using Frankâ€™s upgraded camera to scan for fingerprints. Camera work also comes into play during the frequent investigation sequences, which do a good job of punctuating the mindless violence.

the series certainly has its silliness back

Alas, DR4 is precisely that â€“ mindless. Clearly, steps have been taken to make the experience far less frustrating, thus more accessible, than before. Itâ€™s a far more casual experience from the first two entries, in which both time and resource management played key parts. Before, survivors had to be escorted back to the safe house â€“ and you had to prioritise which ones to attempt to save – but now they simply teleport themselves to a shelter. This removes some of the suspense, as some survivors wouldnâ€™t make it back alive, and the fact that the Psychos (now known as Maniacs) go down easily only makes the combat feel even more brainless. 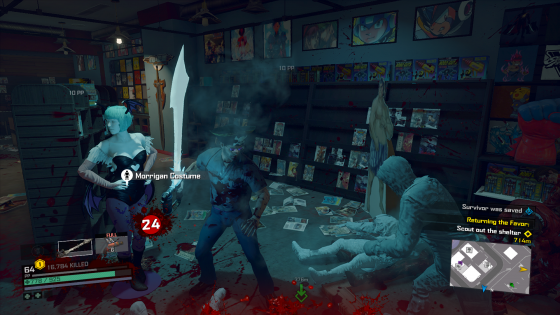 Confrontations with Maniacs should be a high note but are almost the opposite. The pre-battle cut-scenes are gone, ergo the backstory for each encounter and the character design is bland. Thereâ€™s a lunatic dressed as Santa, because of course there is, some riled up college jocks dressed in football mascot costumes, and live-action-role-players who have locked themselves in the mallâ€™s castle themed food court. Also: the pirate captain Black Friday Beard.

Weapons and health are bountiful in the boss battle arenas, so thereâ€™s no need to worry about getting caught short. Again, thereâ€™s a downside to this â€“ gathering items in preparation for a boss fight in DR1 and 2 prompted players to plan ahead, formulating a strategy while heading into battle. You could even lead a survivor or two into a boss arena; something impossible to do here due to their magical teleportation abilities. 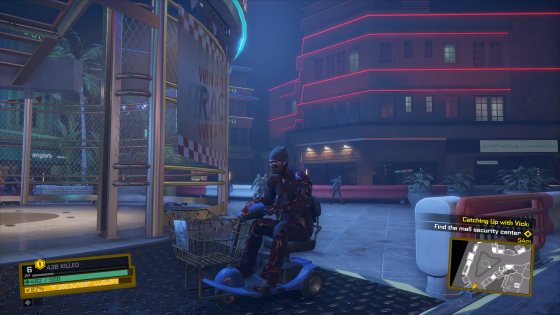 All is not lost, though â€“ the multiplayer mode offers a decent challenge, and proves to be a considerable time sink. Skills and experience donâ€™t carry over from the campaign to multi â€“ you start with both a blank slate and a handpicked character. The idea is to simply survive for as many days as possible, relocating to new safe houses at the end of each day while completing missions. It isnâ€™t particularly teamwork focused, but itâ€™s engaging enough. Is it an acceptable substitute for a proper campaign co-op mode? Thatâ€™s debatable. It certainly has more effort put into it than we expected.

Dead Rising 4 is a game full of unsteady payoffs; some areas have been improved upon, while others leave a lot to be desired. And whatâ€™s with the zombies? Theyâ€™re completely lacking in detail, coated in fuzzy putrid brown textures. It’s like theyâ€™ve spent the entire apocalypse rolling around in mud. 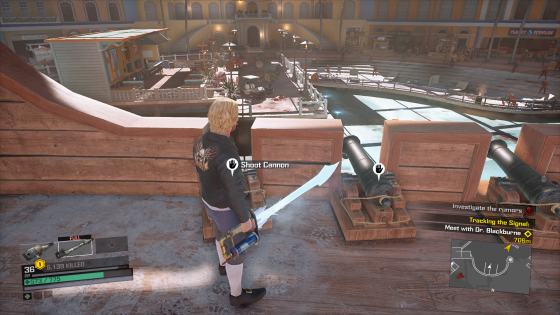 In a way, we feel sorry for Capcom Vancouver. Itâ€™s obvious they were instructed to tone down the difficulty to appeal to a larger audience. The structure and formula from Dead Rising and its sequel have been tinkered with so heavily that it was never going to please all and sundry. Making a game easier doesnâ€™t instantly make it better â€“ thatâ€™s the lesson we can learn from here. Perhaps we should just be grateful you no longer need to find a toilet cubicle to save progress. One step forward, etc.

File this one in the same cabinet as Gears of War: Judgment and God of War: Ascension â€“ sequels that simply exist because a gap in the release schedule needed filling. Once the Christmas season is done and dusted, Frank Westâ€™s return will be all but a distant memory.