This week sees the final big name releases of 2016. Like last weekâ€™s Final Fantasy XV, The Last Guardian is something of a Christmas miracle â€“ a game ten years in the making, often feared cancelled.

Then thereâ€™s the festive themed Dead Rising 4, which has been mostly well-received despite a brainless nature. Weâ€™ll refrain from making a predictable zombie/brains joke. 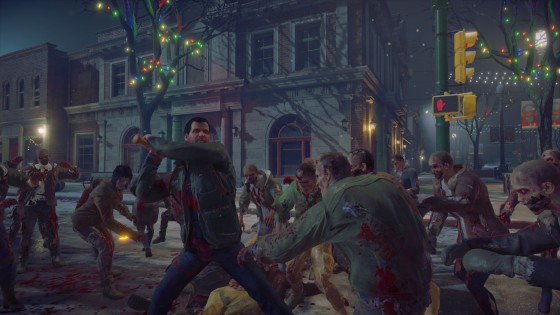 As for reviews of The Last Guardian, they’re rather mixed â€“ everything from top marks from Time and The Guardian to 6.5s from Jim Sterling and God is a Geek.

Itâ€™s a beautiful game thatâ€™s as majestic as they come, but the experience is said to dragged down by technical faults, with the AI of Trico coming heavily under criticism. There are instances when Trico is so unresponsive that it makes you wonder if youâ€™re tackling puzzles in completely the wrong way. Then suddenly, after five minutes of trying and waiting around, heâ€™ll finally leap into action. Some critics found that problems like this were impossible to look past. Others said that the odd glitch and frame rate hiccup are easy to excuse considering it was once in development for PlayStation 3.

Over on PSN the PS4 receives the jurassic lark that is ARK: Survival Evolved, and the anticipated Star Wars Battlefront VR Mission, which is free. Theyâ€™re joined by ACA Neo-Geo Samurai Shodown, retro throwback platformer Mekazoo, four-player hack â€˜n slash RWBY: Grimm Eclipse, abstract puzzler The World of Nubla and two new PSVR titles – Tethered Divine Edition and Ubisoftâ€™s Werewolves Within. That last one is receiving physical release, but only in the US it seems.

Then on both PS4 and PS Vita thereâ€™s the retro slasher Slain: Back from Hell, 2D air-combat shooter Last Wings and the multi-player planet razer Space Overlords.

The handheld also gets point â€˜n clicker Demetrios – The BIG Cynical Adventure and Killallzombies, the latter of which gained mediocre reviews on PS4 and Steam. 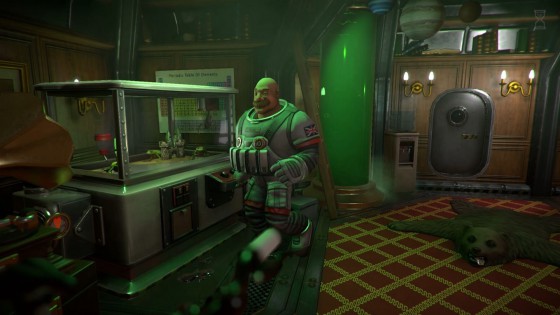 Things are a tad quieter on the Xbox One store, but there are still a few things of note. Her Majesty’s SPIFFING (also on PC) is an accomplished looking adventure set in good old England. Her Majesty has turned to the stars in a bid to establish a new Galactic British Empire and itâ€™s your job to traverse the cosmos.

Weâ€™ve spent some time with top-down shooter Sky Force and found it to be impeccable so far. If you find ‘bullet hell’ shooters too messy and chaotic for their own good, then youâ€™ll appreciate what the developers have achieved here â€“ it has been designed in such a way that beating each stage can be perfected, taking no hits and killing all enemies, without breaking a sweat. Or a controller.