When Nintendo revealed the NES Classic Mini, ergo its game library, retro fans were delighted to discover dozens of third-party hits being included. It was as if Nintendo were finally acknowledging the fact that it wasnâ€™t just their own software that made the NES a success, but also the likes of Mega Man, Castlevania and Contra. Itâ€™s an acknowledgement weâ€™ve waited a lifetime for. 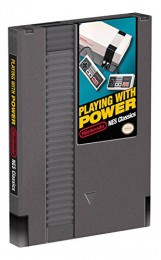 Playing with Power: Nintendo NES Classics â€“ an officially sanctioned product, published by Prima â€“ is clearly being released to tie-in with the nostalgia storm the NES Classic Mini has created. Yet, itâ€™s one step backwards.

It focuses solely on first-party games, and is written in a similar manner to the now defunct US publication Nintendo Power, as well as other typically hyperbolic in-house produced material.

The pages even look and feel like something from a â€˜80s magazine, with chunky fonts and blurry screenshots printed on low-quality paper. Sadly, we donâ€™t believe this was intentional.

The back cover promises to take us through three eras of NES history, which soon emerges to be something of a half-truth. This is a compendium of game guides, rather than a detailed history of the NES. Although there are a few features present, they come up short of expectations. The behind the scenes chat with Shigeru Miyamoto regarding Super Mario Bros. 3â€™s creation is a fine example, spanning a single page.

Thereâ€™s also a â€œpricelessâ€ (to quote Prima) teardown of the NES itself, lifted from the pages of Nintendo Power. This is a tad more interesting as it shows how far technology has come since the days of 72 pin connectors.

Other features are simply baffling, such as the multiple page look at what’s inside a GamePak. It’s without a single photo of a cartridge PCB, using dull textbook-style images of ROM chips to illustrate instead. 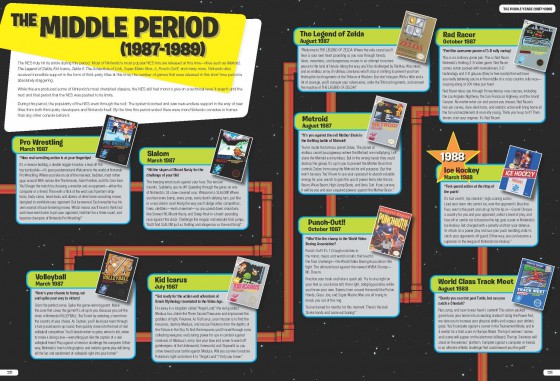 The writers â€“ Garrit Rocha and Nick von Esmarch â€“ stumble elsewhere. Itâ€™s a wildly accepted fact that nobody knows the release date of Super Mario Bros. in the US. The NES had a staggered launch as the videogame market was left fragile after the infamous 1984 market crash. Nintendo provided retailers with NES consoles on a â€˜sale or returnâ€™ basis and even paid to set-up lavish displays in their stores.

The â€˜soft launchâ€™ is mentioned here in mild detail, but itâ€™s also stated that Super Mario Bros. arrived on launch day â€“ 18th October 1985. This is something that has never been confirmed, not even by Nintendo. Itâ€™s believed SMB arrived during the NESâ€™s second wave of titles in November, but nobody has been able to clarify the actual date.

A trivial error or oversight, weâ€™re willing to accept. But consider this: during the look at Super Mario Bros. 2, it isnâ€™t mentioned that it was originally a Japanese tie-in known as Doki Doki Panic. This is common knowledge, yet completely omitted. You wonâ€™t find any development facts, examples of concept art or details of regional differences here.

The use of vintage artwork to brighten up the pages is appealing, but even so, there’s still a lot of unused space that could have easily been filled with trivia and tidbits. 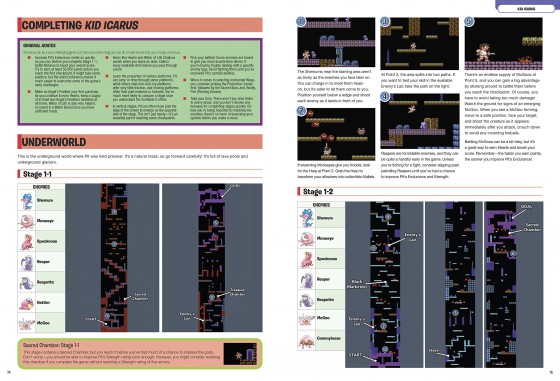 The biggest problem we have with Playing with Power is that it reads like an instruction manual. In the Super Mario Bros. guide weâ€™re told to defeat enemies by jumping on their heads, and to be careful when kicking Koopa shells as they can bounce back. Considering the average gamer is in their 30s, such information can be seen as patronising. A Panini Nintendo sticker album we owned in the â€˜90s offered more sage advice.

Plot descriptions meanwhile appear to be lifted directly from official material. â€œWill the space hunter be able to destroy the Metroid and save the galaxy?â€

Itâ€™s not all bad, though, as there is some content of worth. Full-colour maps for Zelda, Zelda II, Metroid and Startropics will prove useful to those looking to buy a NES Classics Mini and take on Nintendoâ€™s 8-bit hits for the first time. The Zelda guide is, unfortunately, missing the overworld map due to a printing error but available to download from the Prima site. Allegedly, anyway – we looked but couldnâ€™t find a link. (No pun intended).

A guide to beating each boxer in Punch Out also of note, as is the location of the warps in Super Mario Bros. 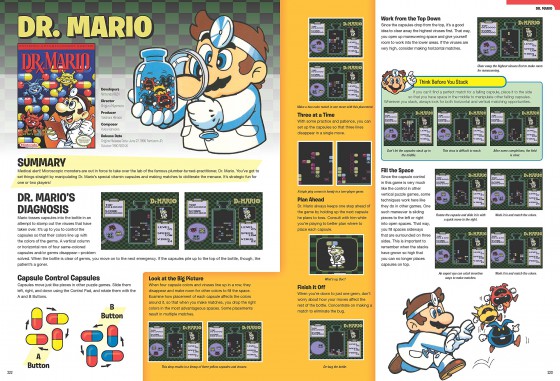 As to whether the likes of Donkey Kong, Balloon Fight, Dr. Mario and Kirbyâ€™s Adventure require multiple page guides is questionable. Kirbyâ€™s Adventure is regarded as one of the easiest NES games to beat, and surely everybody has either owned, or at least played, Donkey Kong at least once in their life. The writers beg to differ – turn to page 40 and youâ€™ll be presented with an outline of DK’s controls: â€œPress A to jumpâ€. 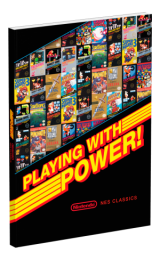 This sums up Playing with Power perfectly. Many of its pages are filled with useless information, making it far removed from the â€œfascinating retrospective on 17 NES classicsâ€ that Prima claims it to be. A bunch of game guides isnâ€™t a retrospective. Itâ€™s akin to somebody showing you an image of Donkey Kongâ€™s first screen and then telling you that’s the history of Donkey Kong.

The NES Classic Mini takes us back to the golden age of gaming. This book takes us back to when gaming journalism was still in its infancy, with exclamation marks plonked at the end of almost every sentence and rhetorical questions galore. â€œWill you be able to read this book without cringing every five seconds?â€

Had Prima been a bit more honest in regards to content, then maybe we would be more accepting of the fact that itâ€™s little more than a glorified cheat book. Donâ€™t get suckered in by the lavish cardboard sleeve and nostalgic artwork â€“ the Â£24.99 asking price doesnâ€™t reflect the overall quality.