We donâ€™t expect to see an eShop update as jammed packed as this weekâ€™s until well into 2017 â€“ this Friday sees the last of this yearâ€™s major releases, including Super Mario Maker and Picross 3D: Round 2 from Nintendo themselves, plus two critically acclaimed JRPGs from Deep Silver. 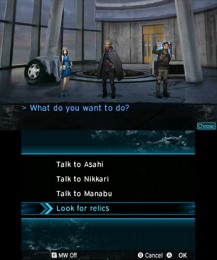 All four are due on the 3DS eShop this Friday. Super Mario Maker will set you back Â£34.99, as will both Shin Megami Tensei IV: Apocalypse and 7th Dragon III Code: VFD.

Picross 3D: Round 2â€™s digital release is slightly cheaper, at Â£29.99. A demo went live last week for those curious.

You can nab Shin Megami Tensei IV and 7th Dragon III Code for Â£31.49 each if you have 50 Gold Points in your My Nintendo account. Answering all those ridiculous questions in Miitomo has finally paid off.

Nintendo Life was full of praise for both JRPGs, awarding a lofty 9/10 to each. As for Super Mario Maker for Nintendo 3DS, to give it its full name, weâ€™re still waiting on reviews. Check back here later in the week. 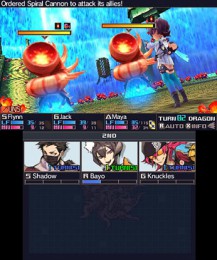 A couple of indie games are also en route to New 3DS. Specifically, Hyperlight EX (Â£4.99) – which appears to have much in common with the almighty Geometry Wars â€“ and RCMADIAXâ€™s ball bouncing Cup Critters (Â£1.39).

Things are a tad quieter on the Wii U. Thereâ€™s a Virtual Console release of the cult classic Donkey Kong Jungle Beat for Â£17.99 (the Wii version rather than the GameCube original), plus RCMADIAXâ€™s SHOOT THE BALL (Â£1.39) and what appears to be a Germany-only release of the cartoon tie-in Frag doch mal…die Maus! (â‚¬9.99). 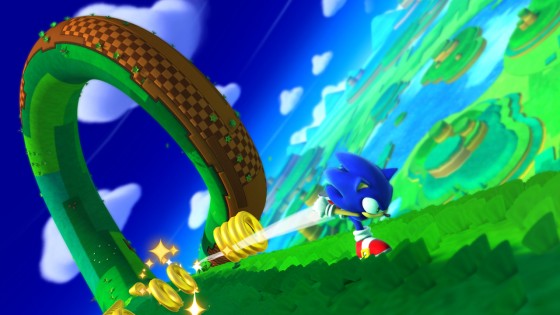 None of these take your fancy? Good news â€“ thereâ€™s also a Sonic the Hedgehog sale, in celebration of the blue blur’s 25th anniversary.

On Wii U Sonic Boom: Rise of Lyric and Sonic Lost World fall to Â£19.99 until 8th December while Sonic & All-Stars Racing Transformed drops to Â£15.99.

The somewhat newer Sonic Boom: Shattered Crystal and Sonic Lost World fall to Â£17.49 while Sonic & All-Stars Racing Transformed drops to Â£11.99. Purchase any of these and the recent Sonic Boom: Fire & Ice can be had for Â£26.19.

Triple Trouble gets our recommendation – Â£2.24 is a small price to pay for one of the most underrated Sonic games.