With just one title in the whole of the UK top 40 in the same position as last week, itâ€™s fair to say that Black Friday has given the chart a significant shake-up. That game was GTA V at #9, if youâ€™re curious. 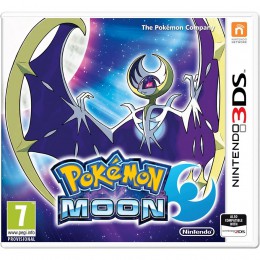 Almost every title in the top 40 saw a sales boost â€“ per GfK figures, 1.9m games were sold for the week ending November 26th. That’s a 9% increase over last yearâ€™s Black Friday weekend.

MCV reports Watch_Dogs 2 performed better during its second week on sale than during launch week with sales up 5%.

PlayStation 4 console sales were also their highest since the systemâ€™s launch, prompting such pack-ins as Driveclub, Ratchet & Clank, The Last of Us and Uncharted 4 to re-enter the top 40.

Guitar Hero Live and DOOM meanwhile re-entered at #30 and #32 respectively. We expected DOOM to chart higher â€“ most retailers were selling the gloriously grizzly shooter for a mere Â£15.

Even Nintendo had a record breaking week. PokÃ©mon Sun and PokÃ©mon Moon arrived at #3 and #4; if sales were combined, they would have taken the top spot. They had Nintendoâ€™s biggest software launch since 2008â€™s Wii Fit, and also sold double the amount of 2014â€™s Omega Ruby and Alpha Sapphire at launch.

Other notable risers include Titanfall 2 (up four places) and LEGO Star Wars: The Force Awakens (up seven places). Recent release Assassinâ€™s Creed: The Ezio Collection wasnâ€™t anywhere near as fortunate, falling all the way from #10 to #33.

There were no other new entries aside PokÃ©mon, meaning Darksiders: Warmastered Edition â€“ which we had tipped for a top 20 appearance – was a complete no-show.

Word has it publishers are already starting to reconsider launching games during Black Friday next year.