We noticed a significant omission within moments of starting this co-op brawler â€“ all six playable characters are mute throughout, not even making a muffled grunt or groan when taking damage. Itâ€™s understandable that publisher GameMill didnâ€™t want to cough up the cash for vocal talent, this being a Â£19.99 game and all, but why the developers couldnâ€™t resort to sampling speech from the heroâ€™s respective cartoons is beyond us.

Right from the off this has an impact on the overall atmosphere, while making it clear that youâ€™re playing a budget effort. The characters may resemble their cartoon counterparts thanks to the well-drawn artwork, but without their catchphrases and one-liners they feel like lifeless clones. It doesnâ€™t help matters that the animation has that horrid Adobe Flash look to it, while the NPCs our heroes occasionally meet may as well be cardboard cut-outs. Instead of being fully animated, they merely expand and shrink slightly to give the illusion theyâ€™re alive. Backdrops meanwhile are recycled endlessly, like something from an early Hanna-Barbera production. 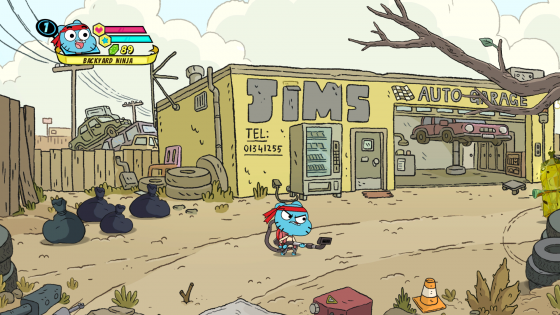 What we have here is a scrolling brawler, albeit a watered down one. Thereâ€™s no block button or ability to evade attacks and no combo meter; itâ€™s a button basher, plain and simple. Moreover, the five or six endlessly recycled enemy types have no distinct attack patterns â€“ they merely head straight towards our heroes and slowly ebb away at their health bar. Each character (Finn, Mordecai, Clarence, Uncle Grandpa, Steven Universe and Gumball) does have their own ranged weapon and assortment of unlockable special attacks however, and itâ€™s the focus on swapping between heroes when need calls that prevents Battle Crashers from being entirely brainless. We also approve of the fact that Mordecai uses a Nintendo Power Glove to attack enemies. Itâ€™s so bad.

all six playable characters are mute throughout

At first only the vacuum cleaner toting Gumball is playable, with the rest of the gang added to the party within an hour or so of play. The story entails Uncle Grandpa accidentally opening a rift in space, connecting dimensions, and filling various cartoon worlds with toxic crystals.

This paper-thin plot helps to overcome the lack of enemy types â€“ these crystals give foes different elemental powers that require the correct hero to dispel. Later enemies have shields that only Steven Universe can instantly break.

Towards the end of this 6-hour realm-crossing quest the difficulty level does rise to a somewhat challenging level, requiring characters to be swapped between quickly or face swift failure. If all six characters are defeated, itâ€™s game over. We have no qualms in admitting that the final couple of stages â€“ which feel like theyâ€™re never going to end – took us a few attempts. Ditto the final boss. 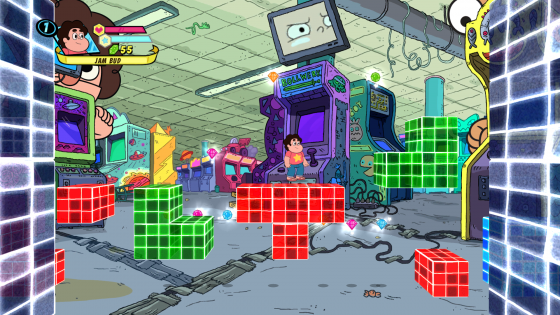 But while Magic Pockets has had a stab at inducing variety by putting twists on some stages, such as a level set in Gumballâ€™s school library where making too much noise prompts a telling off from the librarian, it isnâ€™t enough to prevent tedium from setting around the halfway mark. From thereon in only boss battles and challenge rooms help to raise interest levels. Having to backtrack and replay past stages to find special items also feels lazy, padding the game out in the dullest way possible.

While Battle Crashers isnâ€™t the worst game weâ€™ve played this year, itâ€™s still something of a hard sell â€“ a serviceable yet soulless brawler where all life and personality has been sucked out of Cartoon Networkâ€™s biggest stars. That’s hardly an enticing prospect.