We knew long ago that this winter wasnâ€™t going to be a great one for the Wii U. We still expected to see a steady amount of new games on the eShop though, but it appears even that was too much to ask.

Last week there were no new Wii U eShop releases at all. This week? A virtual aquarium, and that’s out lot. 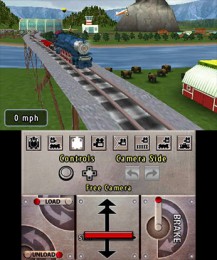 Aqua TV launches on Thursday for Â£3.99. Choose a tank, pick some fish, place a few decorations andâ€¦well, that appears to everything it entails. Unbelievably, it has some launch day DLC â€“ the Oceanus, Thetis and Poseidon add-ons cost an extra Â£1.99 each. Strewth almighty.

We do at least have a handful of Wii U discounts to mull over. Nano Assault NEO, Totem Topple, Ascent of Kings, Jones on Fire and Queen’s Garden are all lined up for a price cut, with Jones on Fire dropping to a mere 87p and the recommended Nano Assault NEO available for Â£6.74 until 8th December. Defense Dome meanwhile gets a permanent discount, dropping to Â£1.79 (previously Â£2.29).

Over on 3DS thereâ€™s Lionel City Builder 3D: Rise of the Rails (Â£4.49) which may be of interest to some. Like the name suggests, itâ€™s a train simulator. This one lets you create your own towns and has a story mode which involves rebuilding and reuniting a broken society. Think along the likes of ’90s classics Transport Tycoon and Railroad Tycoon and youâ€™ll get the gist. Providing youâ€™re old enough to remember said games, anyway. 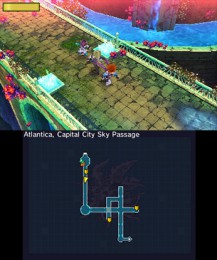 Nintendo Life gave the US version 7/10 earlier this year. â€œAll in all, Lionel City Builder 3D: Rise of the Rails is a well done train sim game that manages to make the experience of driving a train somewhat enjoyableâ€ they said.

The 3DS also gets a demo of Deep Silverâ€™s 7th Dragon III Code: VFD. Published by SEGA in other parts of the world, the JRPG is due in December. It appears thereâ€™s no solid release date.

As for 3DS discounts, highlights include Alien on the Run (Â£3.14), Aqua Moto Racing 3D (Â£5.39) and Crazy Construction (Â£3.74). We don’t believe Alien on the Run – a comical Japanese action platformer – has been discounted before. Apparently it’s quite good.

We can safely say that next week won’t be as dull as the past fortnight – Pokemon Sun and Moon look set to take ‘Pokemon fever’ to a whole new level.