The original Titanfall was a robust shooter, if a little rough around the edges. Try as they might though, EA and Respawn struggled to keep players engaged. After the excellent Frontier Defence co-op mode failed to bring players back, they eventually resorted to giving away all the DLC map packs for free. It has languished in bargain bins alongside other early Xbox One titles ever since.

Clearly not wanting to make the same mistake twice, Titanfall 2 finds itself bulked to the brim with content. Itâ€™s more than evident that Respawn has been given enough time to include everything they wanted in this sequel, which in turn gives it a pleasingly complete feel. It genuinely seems as if the last 2-3 months of development was been spent adding additional polish and ensuring everything works like a well-oiled colossal war machine.

This includes a proper single-player campaign; one that doesnâ€™t feel like a glorified tutorial or a seemingly random bunch of AI skirmishes strung together. You play as a low-ranking rifleman who becomes entrusted with a custom Titan after a mission goes awry. This Titan â€“ known as BT â€“ has the capability to talk and thanks to the presence of a small mounted headpiece â€“ which houses a glowing eye – itâ€™s also able to display a degree of emotion. Think along the lines of Portal 2â€™s one-eyed Wheatley, only not quite as needy or whiny. This robot is more than up for a ruck. 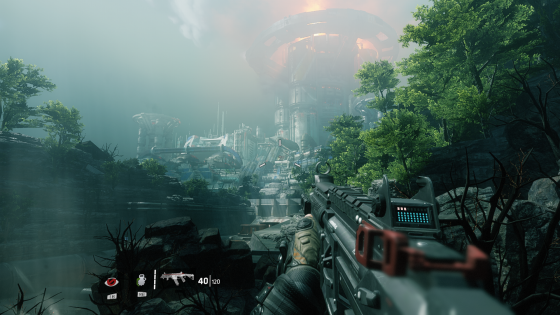 Conversations between our hero Cooper and BT occur frequently, complete with a choice of dialogue options. Just two choices, but thatâ€™s enough to quickly form a bond with this mechanical ally, while also allowing for some surprisingly humorous dialogue.

The first few missions entail getting BT back up and running at full capacity. Additional loadouts are then slowly drip-fed at a rate of around one per mission, usually granted in a timely fashion just before a bunch of enemy Titans show up. Around the halfway mark Cooper then comes across a rather extraordinary gadget. This gizmo alone is enough to turn the campaign from good to great, single-handily highlighting the amount of effort Respawn has put in. From thereon in, the action rarely lets up. A couple of missions even have a similar feel to them as Mirrorâ€™s Edge, requiring you to calculate routes through enemy complexes prior to double-jumping through the air.

The opposing force relies on paid mercenaries to do their dirty work. Theyâ€™re shady types that enjoy their job a little too much. Battles against said foes are memorable, with their Titans stronger than the standard. The last couple of bosses put up a remarkably good fight, requiring BTâ€™s loadouts to be changed accordingly. 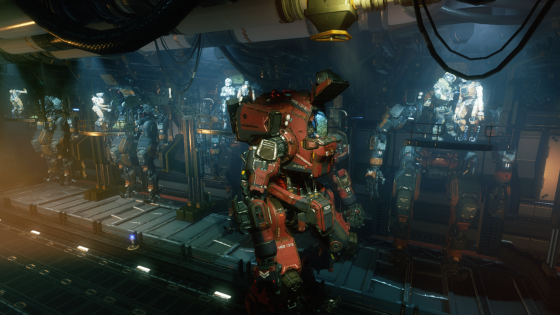 When the campaignâ€™s credits rolled, we were left feeling both enthralled and satisfied â€“ itâ€™s a remarkably well-paced effort, and one that weâ€™ll no doubt revisit in the not too distant future. It isnâ€™t entirely brainless, and the presence of collectable helmets encourages exploration beyond the beaten path.

Over two years have passed since the original Titanfall, yet the multiplayer mode feels fresher than ever. Thereâ€™s something incredibly appealing about the ability to summon a tower-block sized Titan at a whim, and thatâ€™s ignoring the fact that one of the new classes comes clutching a rather nifty sword. Indeed, the Ronin class is bound to become a fan-favourite, able to line-up sword strikes perfectly before unleashing a devastating blow. Being the first to summon a Titan into battle remains curiously satisfying, too.

Titanfall 2â€™s MP isnâ€™t just a rejig of the original â€“ itâ€™s a complete overhaul. The breakneck pace remains the same, thankfully, and respawn times are still minimal. Coupled with the ability to parkour and boost jump, itâ€™s possible to get straight back into battle in a matter of moments. Speed is the key to both success and survival as pilots move faster when wall running, and notably quicker when sliding along the floor to either evade an attack or surprise a group of hostiles.

Like before, battles end with a frantic dash back to the dropship â€“ a one shot chance where even those seldom seen in battle can be observed running full pelt in the open with all guns blazing. 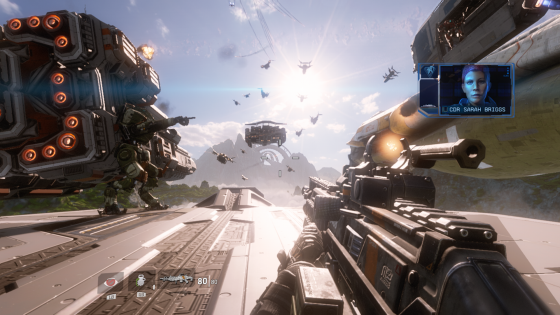 Map design is generally decent, again focusing on multi-floored buildings with multiple entrances and exits. Head to the rooftops and you can easily leap onto the back of a passing Titan, be it friend or foe.

We do however miss the lavish waterfalls and elegant cherry blossom trees from the first game; the art direction for MP maps is similar Call of Duty this time around, with lots of muted colour schemes and industrial complexes. Hopefully the incoming (free!) map packs will go feature the tropical locations and brightly hued alien worlds that are sadly missing here.

Proving that Respawn has listened to feedback elsewhere, the auto-locking Smart Pistol doesnâ€™t become available until reaching rank 42. Many believed that this pistol spoilt the purity of the original due to its ability to notch up effortless kills. Now, only those who have already proved their worth can get their hands on it. It also replaces the secondary firearm slot, which is usually reserved for Titan-destroying charge weapons. There is one odd omission, though – the removal of AI-controlled Spectres. These brainless bots helped battlefields feel more alive in the original and ultimately didnâ€™t pose that much of a threat. We imagine that their removal was also to make the experience feel purer. 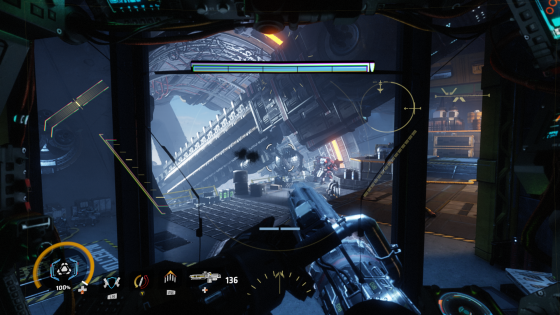 In terms of content, the number of unlockables is vast â€“ long lists of customisable weapons, accessories, ordinances and several pages of banners and patches. The single-use Burn Cards have been cast into the fire for good, paving way for a simpler â€˜boostâ€™ system â€“ allowing for amped weapons, various turrets, holographic decoys and more – which require merit points to purchase.

Playing during â€˜happy hourâ€™ bestows bonus merits, and itâ€™s possible to choose when happy hour is when creating your own player network. A nice touch. We also approve of the invite only Coliseum â€“ a one-on-one battle arena where itâ€™s possible to win special MP items.

Titanfall 2 is the epitome of an excellent sequel, fixing the faults of the original while bulking up on new and significant content. The only major downside is that there are very few MP focused achievements/trophies, which is something that strikes us as a little odd. Youâ€™d think that this would be one of the easiest, and more obvious, ways to keep players invested. Perhaps Respawn was so confident with what theyâ€™ve created that they felt players would be glued regardless. They have every right to be proud of their work, thatâ€™s for sure.