The RPG remake didnâ€™t manage to take the UK chartâ€™s top spot however, entering at #2. Neither did it manage to outperform the original Skyrim, although this was perhaps to be expected. 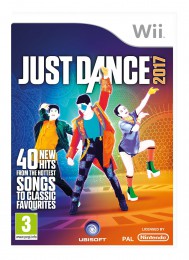 This means Battlefield 1 enjoys a second week at #1. EA also claims #3 in the chart with FIFA 17.

Incidentally, the Xbox One version of Titanfall 2 is currently the best-selling whereas Skyrim SE had stronger launch week sales on PS4.

World of Final Fantasy narrowly missed out on a top ten position, arriving at #11.

Ubisoftâ€™s Just Dance 2017 boogied in at somewhat lowly #26. Amazingly, 44% of sales were on the Wii; a system that hasnâ€™t seen a single new release all year.

Then at #31 we have the final new entry for this week â€“ Minecraft: Story Mode â€“ The Complete Adventure.