After a couple of weeks of well-timed horror games and â€œspookyâ€ Halloween discounts, things are back to normal on the UK eShop this week. That means Virtual Console releases are back on the agenda. Hurrah! 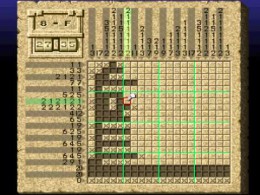 For uninformed, Picross entails chiselling away a grid to eventually create a picture. Here, Mario loses time for every mistake made in the main mode. Mistakes arenâ€™t shown in the tougher â€˜Wario Modeâ€™ however, which is bound to put Picross veterans through their paces. As Nintendo Life noted, it’s likely to be tricky to play without stylus support â€“ you may be better off with one of the 3DSâ€™s Picross games.

American gamers received this collection back in April. Reviews scores were mixed on arrival as critics found that some games had aged better than others.

The Wii U sees a trio of new games, too. Pinball Breakout (Â£6.00) does what the title suggests and combines pinball with Breakout, Gravity+ (Â£5.89) entails manoeuvring a robot through 2D mazes, while the Kickstarter-backed Twisted Fusion (Â£4.00) is a rather tidy looking 2D platformer.

We donâ€™t usually cover new 3DS themes, but this week is different â€“ Sonic and chums are being turned into stuffed toys for a new â€˜Cute Styleâ€™ range. These will set you back Â£1.79 each. ‘Sonic’ and ‘cute’ in the same sentence? Well we never.