And so Titanfall 2 finds itself sandwiched between Battlefield 1 and Call of Duty: Infinity Warfare. Weâ€™ve already voiced our concerns, worried that itâ€™s going to end up shoved to the wayside. Now that reviews have surfaced however weâ€™re a tad more optimistic about chances of success â€“ like Battlefield 1 before it, reviews with scores lower than 8/10 are hard to find.

Critics are almost entirely in agreement that itâ€™s the game that the original should have been, ergo the epitome of a perfect sequel. Amongst the high scores, we have 9.5s from both GameInformer and God is a Geek. â€œIn a year of incredible shooters already released in Gears of War 4 and Battlefield 1, Titanfall 2 is another outstanding example which absolutely stands out from the crowdâ€ said the latter. 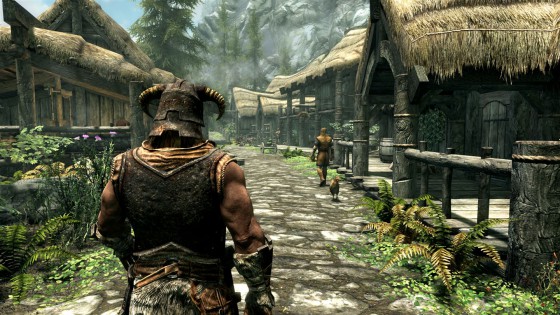 As you may be aware, reviews of Elder Scrolls V: Skyrim Special Edition wonâ€™t be going live before Friday’s launch. This is all down to Bethesdaâ€™s new policy of withholding review code until a day before a game’s release. To quote: “We want everyone, including those in the media, to experience our games at the same time.” Itâ€™s a move that has angered some, opening a whole can of worms in the process.

Reviews of World of Final Fantasy have gone live in good time, thankfully. â€œWorld of Final Fantasy feels like a game that celebrates the seriesâ€™ massive legacy while also making it friendlier to a younger audience. Unfortunately, it stumbles in a few key places, making it more of an awkward mixer than the all-encompassing RPG party players might be anticipatingâ€ warned GameSpot before handing out a lukewarm 6/10.

Eurogamer wasnâ€™t entirely impressed either: â€œIn a manner that has come to define Square’s post-Sakaguchi output, the game relies on fan-service in lieu of strong plotting. For the audience, perhaps this will be enough. But despite the pleasing intricacies of its battle system, World of Final Fantasy is unable to transcend the realm of tribute.â€ 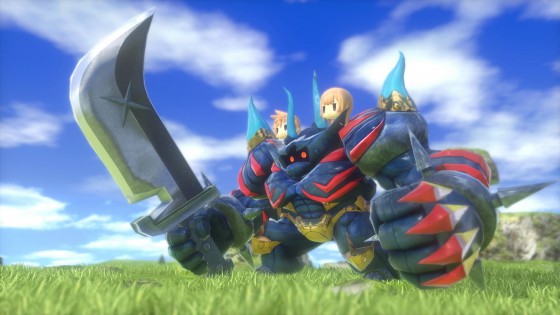 Dragonball Xenoverse 2 is another big hitter, likely manage to break the top 20 chart next week. Having read a few reviews and impressions (Push Square has yet to commit to a score), it would seem that itâ€™s more of the same. Depending how much you enjoyed the first game this can be seen as either a good or bad thing. This does allegedly prevent it from feeling like a fully fledged sequel, as GameSpew noted.

Ubisoft’s Just Dance 2017 also leaps onto store shelves, available on just about everything – even the Wii. A strong contender for the last ever Wii game, weâ€™d imagine. Oddly, the Just Dance games usually take a week to start selling substantially. We guess it takes a few days for word of mouth to spread, or for the target demographic to eventually spot it on the shelves of their local Asda.

Incidentally, it would appear that Ubisoft has dropped mid-week launches for series. Just Dance 3 launched on a Tuesday, we kid you not.

Farming Simulator 17 is another we may see in the top 20; farming games have managed to amass a cult following over the years, for reasons we cannot fully comprehend. The few we’ve sampled have been nothing short of atrocious.

Maximum Games has a few other casual titles en route to retailers too, including Big Buck Hunter Arcade, Monster Jam – Crush It and Mark McMorris Infinite Air. The first two are available for around the Â£20 mark, while Infinite Air can be found for around Â£30. We suggest approaching all three with caution. Ditto next week’s budget-priced Cartoon Network: Battle Crashers. 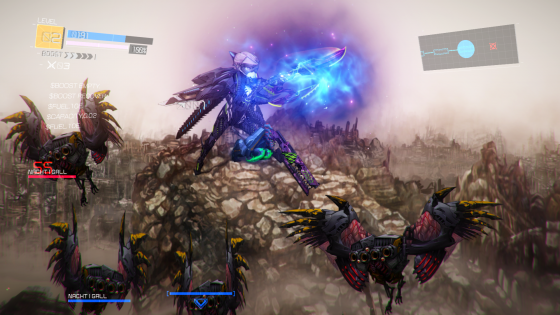 Visual novel Root Letter and the intriguing 2D hack and slasher Earthâ€™s Dawn hit PS4 in physical form. Earthâ€™s Dawn reviews are mostly favourable so far, with some critics calling it a futuristic Oden Sphere. Curiously, the Xbox One version of Earthâ€™s Dawn â€“ which is digital only â€“ isnâ€™t due out until early next month.

On the digital services itâ€™s the PS4 that sees the bulk of releases. Four of these are PSVR titles – Carnival Games VR, Weeping Doll, Tethered and Windlands. Yes, thatâ€™s the same Carnival Games that sold gangbusters on Wii.

The PS Vita also gets digital releases World of Final Fantasy and Root Letter, plus Yomawari: Night Alone. Heck, even the PS3 gets a look in â€“ Konami is giving Suikoden IV the digtal re-release treatment. Itâ€™s mildly comforting they still remember the series exists.