Blizzard’s Overwatch is full of neat twists and innovative ideas, with one standout being the ability to give well-performing players a ‘like’ at the end of the match. Putting past rivalries aside, it’s even possible to give the opposition a ‘like’ if you felt their skills outrivalled your own.

It so transpires that this idea isn’t wholly new. Raiden V – which temporarily dropped to £9.99 on Xbox One last week – features a similar ‘cheer’ system. It’s something I quickly became incredibly fond of. 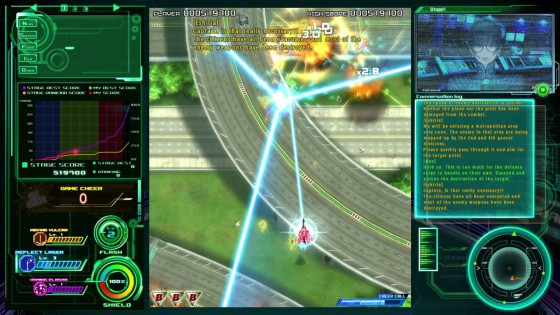 When taking to the skies in this top-down shooter you’re automatically connected to an online network. The left-hand side of the screen then acts as a newsfeed, informing of feats that other players have performed. This is displayed in real-time, and it’™s possible to give fellow players a ‘cheer’ as and when they achieve high scores, beat bosses, find hidden characters, and acquire copious amounts of medals.

A push of the ‘Y’ button is all it takes; a method that doesn’t distract too heavily from the near-constant barrage of enemies Raiden V throws your way.

A tally is kept of how many ‘cheers’ you’ve obtained, and only once the game is over are you shown the Gamertags of those who gave you a virtual high-five, plus the amount they gave in total. It’s a twist reminiscent of indie hit Journey, in the sense that you don’t find out which fellow gamers came along for the ride until after the ending credits. 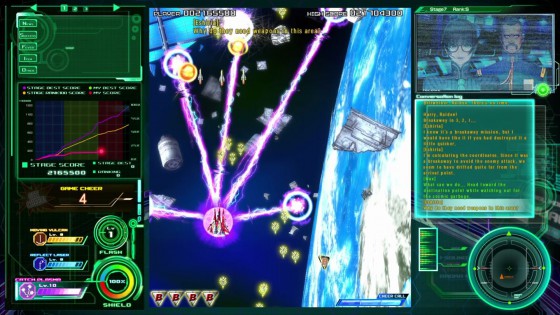 Now here is the thing: ‘cheers’ actually do something. Two things, in fact. Not only do they fill a power gauge that generates a screen-filling attack, but they make the whole experience a tad more compelling. It genuinely feels good to receive a bunch of ‘cheers’ after breaking a high score; something that urged me to improve by memorising enemy placements and attack patterns.

This made me think about what other games would benefit from a ‘cheer’ system. Online shooters are a no-brainer – imagine the ability to reward a sniper with an extra ammo clip if they achieved five headshots in a row, or hand out temporary XP boosts for high killstreaks. It’s an idea that would go a long way to making the likes of Call of Duty and Battlefield feel more teamwork ordinated, especially if each class had a perk to gain.

In short, it feels good to get a pat on the back from a fellow gamer. It’s a bit like when a manager informs you’re doing a good job…without asking you to stay on for overtime.