Itâ€™s easy to be critical about Horse Racing 2016 on Xbox One. Not only is it one of the ugliest games of recent times â€“ a fact not helped by the inconsistent art direction â€“ but itâ€™s also basic to the extreme.

When the product listing went live earlier this month, and we cast our collective eyes upon the hideously dated visuals, we honestly expected it to launch for around a fiver. 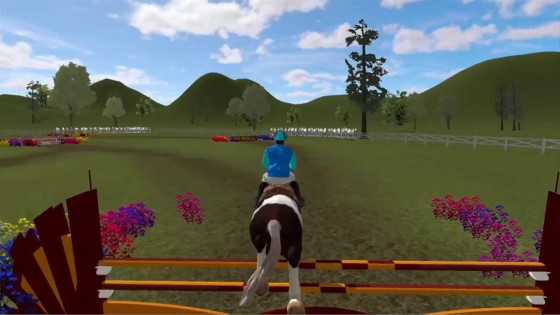 Amazingly, and thankfully, a trial is available so that you can witness this abomination without spending a penny. The trial lasts two hours and gives access to the first season, which comprises of five different events. Each of these takes around 2 minutes to finish, making that two-hour limit more than generous.

Achievement hunters take note: itâ€™s possible to gain the achievements for completing 10 events and winning 10 races just by playing the 30 second time trial repeatedly. We managed to notch up a handsome 110G after just 20 minutes of play.

It appears that rather than spending time on bringing the visuals up to modern day standard – and implementing a handling system so that it feels like youâ€™re riding a horse rather than a motorbike – Indian developer Yash Future Tech Solutions spend the bulk of development time finely balancing the gameâ€™s difficulty. 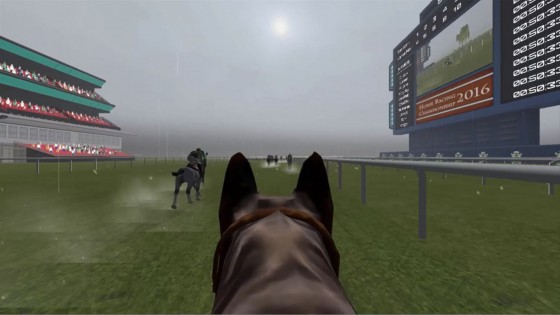 The whole thing is centred upon a stamina system â€“ bash â€˜Aâ€™ to make the horse run while using another button to whip. Whip the steed too hard and itâ€™ll collapse. As such, itâ€™s wise to save stamina until the final furlong. It takes a while to maintain a steady rhythm, and so there definitely is a slight learning curve here. They have put a small degree of effort in, is what weâ€™re trying to say.

The rest of the game â€“ from the presentation to the public domain quality music â€“ is mostly terrible, bringing the package down to â€˜unintentionally amusingâ€™ status. So bad itâ€™s good? Not quite â€“ we doubt anybody who spent actual money on this would find themselves laughing.