Nintendo has finally ended months of rumours and speculation â€“ their next console is officially known as the Nintendo Switch, and it has a targeted release date of March 2017.

As the alleged developer leaks suggested, the tablet has detachable â€˜bookendâ€™ controllers (officially known as Joy-Cons). Joy-Cons can be used for two-player games – held in a similar manner to a Wii remote – or clicked into a frame to form a twin analogue stick controller. A more traditional Pro Controller will also be available, complete with a fetching translucent casing. 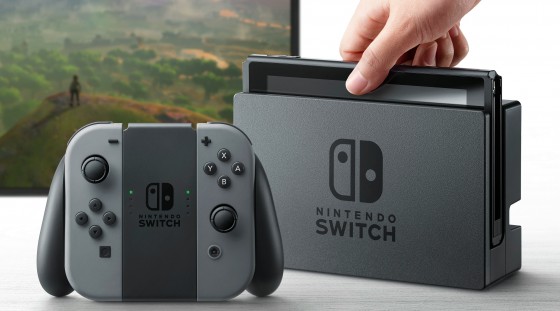 The tablet has both a headphone jack and a foldout stand, making it perfectly suited for playing while at work, school or similar.

Nintendo chose not to showcase the console with a Nintendo Direct or a dull jargon-filled press release, but rather a three-minute video showing a bunch of 20-somethings heading out their Ikea-furnished homes and playing their Switch on the go and outside with friends.

The first game footage shown was of Zelda: Breath of the Wild, which was then followed by what appeared to be The Elder Scrolls V: Skyrim Special Edition. This was seemingly to illustrate, or perhaps prove, several key things. Firstly, that Nintendo has been able to woo large publishers such as Bethesda. Secondly, that the console is capable of handling demanding games like Skyrim. And thirdly, that large â€“ open-world games â€“ can fit onto one of the Switchâ€™s cartridges.

Yes, the Switch sees Nintendo reverting back to cartridges. Or sticking with carts, as is the case â€“ the 3DS still uses carts, lest you forget. We wouldnâ€™t worry too much about this. Things have come a long way since the days of the N64, with high capacity cards hardly bank breaking these days. This also means no, or at least incredibly minimal, loading times – something that really set back the PSP.

Other Switch games shown included what appeared to be enhanced versions of Mario Kart 8 and Splatoon â€“ with MK8 now featuring the ability to carry two items at once â€“ plus NBA 2K17 and a new Mario game, which showed the loveable mascot jumping around an exeedingly colourful Mexican-themed world.

EA returning to Nintendo is noteworthy â€“ the last game EA published on a Nintendo format was FIFA 15 on Wii and 3DS, back in 2014. Mass Effect Andromeda is rumoured to launch in March, making it a reasonably safe bet as a Switch launch title. With no official confirmation â€“ even Skyrim has yet to be officially announced for the system â€“ we can only speculate. 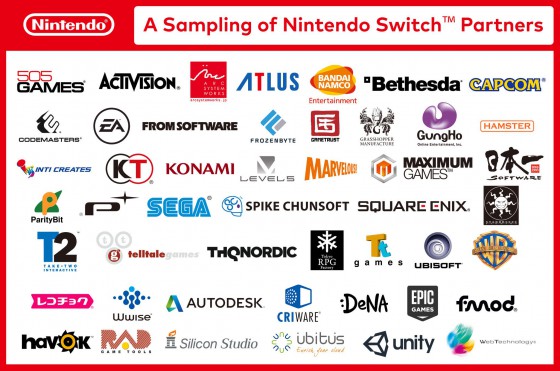 We do however worry that publishers are going to play it safe with the Switch, offering belated conversions and little else. By the time March comes around, Skyrim Special Edition will be approaching five months old; NBA 2K17 six months. Convincing gamers who already own these games to buy them again is going to be hard work.

Plenty of other questions are currently unanswered, such as the tabletâ€™s battery life and screen resolution (Eurogamer estimates 720p, incidentally) and of course the consoleâ€™s price. Weâ€™re hoping for around the magic Â£200 mark.

Another worry is the small size of the Joy-Cons. Nintendo is clearly aiming the Switch at a slightly older age group than usual â€“ palm-sized controllers may uncomfortable for prolonged use, especially for adults.

Still, itâ€™s early days for the Nintendo Switch. Expect details to trickle through in the coming weeks and months thatâ€™ll hopefully fill the blanks. Confirming that plenty of Switch exclusives games are in development would be a good way to start.