When Battlefield 1â€™s embargo lifted on Monday we struggled to find a single review with a score less than 8/10. Three days on, weâ€™re still struggling. Even the user reviews on the likes of Metacritic are incredibly positive.

Having said all this, most critics have settled on an 8 – we’ve only seen a few 9s and just one 10/10. That was dished out by God is a Geek. “Iâ€™ve seen some phenomenal games on the current gen, but nothing quite as spectacular as this” their reviewer claimed.

If you favour futuristic shooters instead, remember that Titanfall 2 is out next week. Two AAA online shooters from EA launching a week apart. We really hope they know what theyâ€™re doing â€“ many believe the original Titanfall was sent out to die due to being Xbox only. Weâ€™d hate to see the series fall by the wayside a second time. 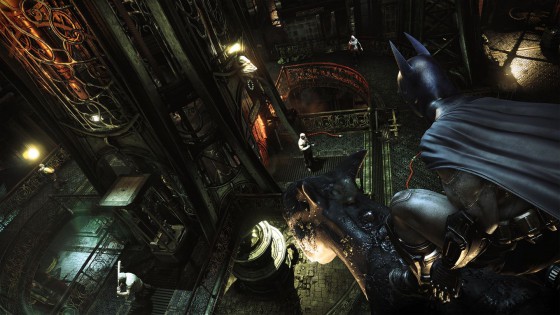 Following on from last weekâ€™s Batman VR, the caped crusader puts in another appearance in the form of Batman: Return to Arkham. IGN has confirmed what many feared â€“ itâ€™s a bit of a pointless remaster, offering little more than a resolution bump. The shift from Unreal 3 to Unreal 4 has apparently resulted in textures being far brighter than before, which has had a knock-on effect on the gameâ€™s atmosphere.

â€œThe original Arkham games were dark for two reasons: one, because deep blacks add to the atmosphere and two, to disguise the graphical shortcomings of 2009-era consoles. Here, every PS3 plant, rock and puddle of water is thrown into stark relief, and as a result Gotham often feels quite blocky and theme park-esque, which breaks the romantic illusionâ€ said IGN, before dishing out a 7.0.

VG24/7 felt the same way. â€œThe image overall looks less grimy, for sure, but loosing this grain gives the game a different atmosphere,â€ they noted during a comparison breakdown.

The PS4-exclusive LEGO Harry Potter Collection is another big hitter arriving this week. We have a feeling that itâ€™ll prove to be a slow but steady seller this fall.

3DS owners have two new titles to consider – Rhythm Paradise Megamix and a physical release of the critically acclaimed Shantae And The Pirates Curse, via Rising Star. Reviews of Rhythm Paradise have been popping up the past few days, including 7/10s from both God is a Geek and N-Europe. The original Rhythm Paradise hit the bargain bin quicker than a Christmas music CD come January. With some heavy promotion on social networking sites, Megamix will hopefully fare better. 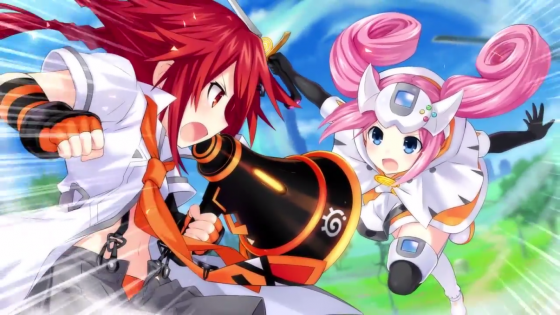 Over on PS Vita meanwhile thereâ€™s Superdimension Neptune VS Sega Hard Girls. You wonâ€™t find the likes of Virtua Fighterâ€™s Sarah Bryant and Space Channel 5â€™s Ulala in this JRPG crossover â€“ the Sega Hard Girls are anime stars named after Segaâ€™s past consoles. One even has a Dreamcast controller stuck to her forehead. PlayStation Lifestyleâ€™s review went up earlier today. â€œWhile Superdimension Neptune VS SEGA Hard Girls isnâ€™t afraid to try something new, it also feels familiarly like a Neptunia game for better or for worseâ€ they said.

A couple of JRPGs head to PSN, too. Exist Archive: The Other Side of the Sky is out now on PS4 and PS Vita with a PS Plus discount in place – Â£39.99 on PS4, and Â£26.39 on PS Vita. Sadly, it doesnâ€™t appear to offer cross-buy support. The same goes for NIS Americaâ€™s Tokyo Twilight Ghost Hunters: Daybreak Special Gigs on PS3 (Â£15.99) and PS Vita (Â£14.99). This graphic novel features an intriguing strategic streak. 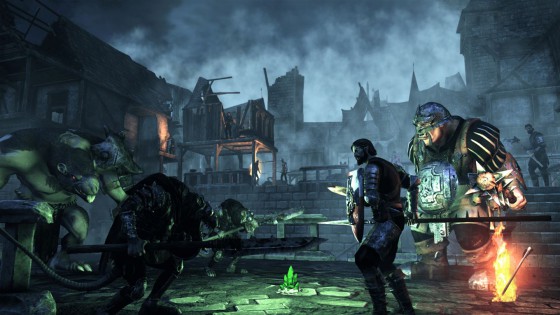 If you prefer your RPGs to originate from the west, then youâ€™re in luck – Mordheim: City of the Damned launched today. Itâ€™s an adaptation of Games Workshop’s cult classic tabletop game Mordheim. Reviews are starting to trickle through now, with scores including 4/5 from The Escapist. â€œWarhammer Fantasy fans will enjoy it for sure, X-COM enthusiasts will find the squad based tactics familiar, and maybe even those who like Valkyria Chronicles will find something to loveâ€ was their verdict. Weâ€™re surprised it isnâ€™t getting a physical release as itâ€™s arriving at the around the Â£30 mark.

The PS4 also gets the PSVR compatible Pixel Gear, while the DLC-packed The Incredible Adventures of Van Helsing II: Extended Edition hits Xbox One for Â£15.99. Not too shabby.