The arrival of the PlayStation VR has given the UK top 40 a significant shake-up, with a vast majority of the launch games making an appearance.

PlayStation VR Worlds was the best-selling, arriving at #7. Until Dawn: Rush of Blood also made the top ten, in at #9. 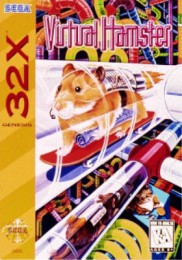 Retro revamp Battlezone then made #28.

Loading Human and Super Stardust Ultra VR appeared at the lower end of the chart at #36 and #37 respectively. Chart-Track informs Hustle Kings VR narrowly missed out on #40.

WWE 2K17 landed at #4, Rise of the Tomb Raider resurfaced at #5 and Skylanders Imaginators leapt in at #8 â€“ with the PS4 version being the biggest-selling.

Outside the top ten there was Dragon Quest Builders at #13.

To make way for the new releases a bunch of games took a tumble, with BioShock: The Collection, XCOM 2 and Pro Evo 2017 all dropping heavily.

GTA V left the top ten too, quite possibly the first time since its current-gen re-release.