A handful of new Wii U games join the Nintendo Selects range this week, prompting Nintendo to permanently drop the prices of Captain Toad, Mario Party 10, Pikmin 3 and Super Mario 3D World on the eShop to a rather handsome Â£19.99 each. 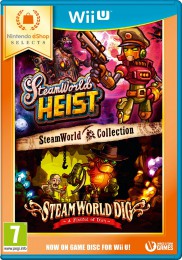 Coming as a surprise to many, we also have two indie games hitting the budget range â€“ Fast Racing NEO and Steam World Collection: Steam World Heist + Steam World Dig. These are both hitting store shelves for Â£19.99. In physical form, of course.

This marks the arrival of turn-based tactical shooter Steam World Heist on Wii U, which is officially due Thursday. The digital standalone release will set you back Â£14.99 and is well recommended. We gave the 3DS original a lofty 9/10 back in December 2015.

Other games heading to the Wii U eShop this week include Wales Interactiveâ€™s first-person sci-fi adventure Soul Axiom (Â£11.99 or Â£10.19 until 15th October for those who downloaded the Nindies@Home demo), the roguelike dungeon-crawler Quest of Dungeons (Â£7.99 with 3DS/Wii U crossbuy support) and art tool SDK Spriter (Â£10.50 or Â£8.40 for those who own SDK Paint). 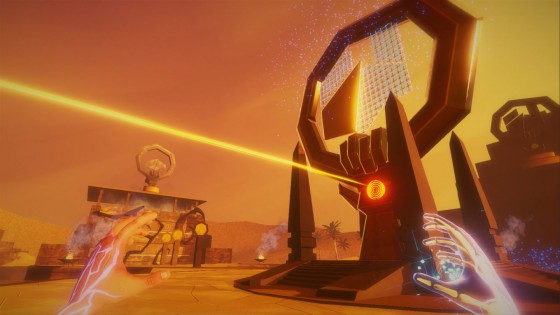 Soul Axiom gained mixed reviews on PS4 and Xbox One â€“ the game being devoid of soul itself was a reoccurring theme amongst critics. Quest of Dungeons fared better, gaining a fair few 7s and 8s.

As for temp Wii U discounts, we see yet another batch of EnjoyUp titles due a drop plus the pretty good BIT.TRIP Presents… Runner2: Future Legend of Rhythm Alien (Â£4.99 until 3rd October). Also: something called Epic Dumpster Bear. 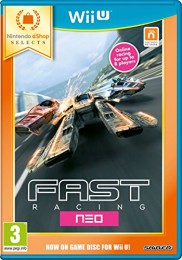 The 3DS isnâ€™t without a few notable releases. Weâ€™re hoping that the price of Natsumeâ€™s River City: Tokyo Rumble isnâ€™t the only notable thing â€“ itâ€™s arriving at an eyebrow-raising Â£24.99. As well as a scrolling brawler in the continuing River City Ransom style, it also includes two mini-games, an arena brawler and a dodgeball event.

Thatâ€™s joined by the 3DS-exclusive Sonic Boom: Fire & Ice (Â£34.99) which weâ€™d wager is going to go one of two ways. SEGA are clearly attempting to turn the Sonic brand around with the release of Sonic Mania, but this was announced long before. And it’s based on the TV series.

3DS discounts are the usual assortment of Circle Ent, EnjoyUp and Joindots titles, including Parking Star 3D, Football Up Online and Crazy Construction. We will however give Shin’en Multimediaâ€™s Art of Balance TOUCH! a shout out, as thatâ€™s down to Â£4.70 until 20th October.