Blizzard’s Overwatch has definitely caught a second wind â€“ itâ€™s the UKâ€™s number one again, joining Call of Duty: Black Ops III and LEGO Star Wars: The Force Awakens in having notched up five weeks at no.1. 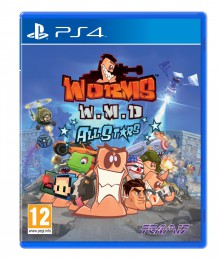 Rocket League sticks around at #6, Uncharted 4: A Thiefâ€™s End drops to #7, No Manâ€™s Sky falls to #8, DOOM re-enters the top ten at #9 while Call of Duty: Black Ops III rounds off the top ten.

Madden NFL 17 and WoW: Legion have both departed the top ten after just one week, with the former now at #13 and the latter all the way down to #38.

There were no new entries in the top 40, but we did see some re-entries, including Pokemon Omega Ruby and Alpha Sapphire at the lower end of the chart and the recently discounted Homefront: The Revolution at #19.