No Manâ€™s Sky sparked mild controversy last week after news broke that review copies wouldnâ€™t be reaching press until launch day. This prompted many to jump to the conclusion that Hello Games had something to hide; that perhaps NMSâ€™s wasnâ€™t the magnum opus we were promised. Hello Games was quick to step in and claim that the lack of pre-release copies was all down to the â€˜day zeroâ€™ patch which adds a tonne of stuff missing from the version sent off to be manufactured.

This didnâ€™t stop PowerPyx and Pure PlayStation from publishing post-patch reviews, however, giving the sci-fi survival game 7.9 and 8.0 respectively. â€œSure it was a little over-hyped (read: massively) but it delivers on its promise: a spectacular universe where anything and everything could appear,â€ said Pure PlayStation earlier this week. 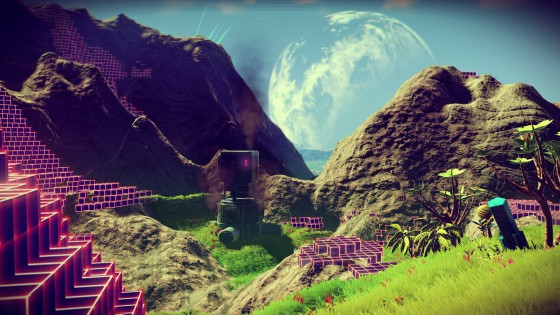 Then we have Jim Sterlingâ€™s review from Wednesday after, which is presumably based on the patched version seeing NMS hit the US on Tuesday. Sterling wasnâ€™t overly impressed, dishing out a mediocre (and site breaking) 5/10, describing it as a very â€œemptyâ€ experience thatâ€™s ultimately no better or worse than the majority of survival games weâ€™ve had this year already. Technical issues were also pointed out, including such observations as objects floating in mid-air and buildings placed in the randomised landscapes so ineptly that their doors are inaccessible.

Having spent a couple of hours with NMS last night, it does appear to be much more of a grind than we expected. The theme of deep space exploration has seemingly been put on the backseat, with a strong focus survival and resource management taking its place. Even the mining tool requires resources, forcing you to stop and search for materials every so often. Right now, we arenâ€™t fully convinced this is the game we expected, or indeed wanted. That said, weâ€™ve barely scratched the surface – weâ€™ll be sure to put plenty of hours in before making a final conclusion. Unlike other gaming sites, we arenâ€™t in a rush to get our review up just so we can â€˜enjoyâ€™ a few extra clicks. 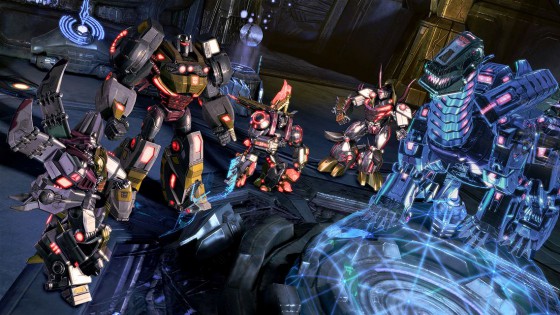 No Manâ€™s Sky isnâ€™t just this weekâ€™s biggest release – itâ€™s one of the biggest of the year. As such, very few publishers have gone head-to-head with it. On PSN there’re just four new releases, while things are quieter still on Xbox One with just three new games arriving. Of these, one graces both systems – Activisionâ€™s HD conversion of Transformers: Fall of Cybertron, which launches at an eyebrow-raising Â£39.99 on Xbox One and Â£29.99 on PS4. How Activision can justify than Â£10 difference weâ€™ll never know.

The PS4 also gets the Twitter-confusing Brut@l – an abstract dungeon crawler featuring 3D ASCII art – plus the self-explanatory Battleship, a PS2 re-release of Fahrenheit, a belated conversion of the MOSS shtump Caladrius Blaze and the wonderfully named Bears Canâ€™t Drift!? This kart racer takes its cue from such games as Diddy Kong Racing and Crash Team Racing, with a rather obvious focus on drifting and an explorable hub world. While no reviews of the PS4 version have surfaced yet, Steam reviews are mostly positive thus far. 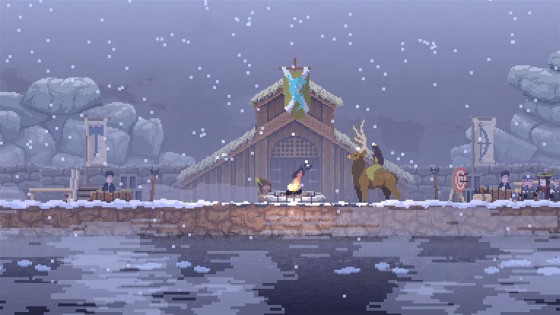 As for new Xbox One releases, the pixel art adventure Kingdom: New Lands is available now with a free trial. Again, there are no reviews of the Xbox One version but it seems to be going down well on Steam.

Thatâ€™s joined by KILLALLZOMBIES, which looks worryingly low budget given the Â£9.59 asking price. This top-down affair arrived on PS4 over two years ago to a lukewarm reception; it hard for us to tell if it has been reworked since, but going by looks alone this doesn’t appear to be the case.

Incidentally, a free Ben-Hur game hit the American Xbox One store earlier this week. Intended to promote the upcoming movie, itâ€™s a simple but reasonably satisfying chariot racer thatâ€™s rather generous on the achievement front. Itâ€™s more than likely due on the UK Xbox One store somewhen, but if you canâ€™t wait until it can be had now by changing your Xbox Oneâ€™s country settings. At your own risk, of course – MS tends to turn a blind eye to such pursuits, but you never know when that stance will change.