Presumably because news stories covering anything slightly nostalgic bring in the clicks, everybody from The Mirror to BT ran stories today reporting on the return of the humble Mega Drive. 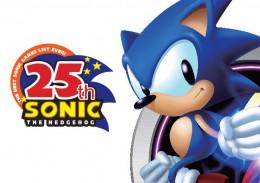 This news originates from a press release issued by FunstockRetro last Friday, announcing a 25th Sonic Anniversary edition Mega Drive with 80 built-in games, plus a handheld version. The console has a cartridge slot, while the handheld features SD card support for additional games.

As most gamers will know, Chinese manufacturer AtGames has been knocking these out for years. An almost identical model launched in 2014, while last year saw the trio of 16-bit Mortal Kombat games added to the roster for a new Mortal Kombat edition.

As for the handheld version, this model with SD card support launched back in 2010 with 20 built-in games.

The mainstream media reports that this “new” console is being released to go head-to-head with the recently revealed Nintendo Classic Mini. While this revised model – which allegedly features more Sonic games than before – may be a strong seller off the back of that, especially if it can gain predominate placing on store shelves, every single news story fails to mentions that these devices have been around for years, with one very similar model available right now. This lack of research is pretty worrying – one quick search on Amazon is all it takes, after all – but not entirely unexpected. 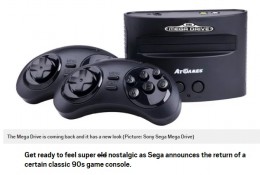 At least the inaccuracies within these pieces raise a grin, with BT referring to Ecco the Dolphin as â€˜Echoâ€™ and the usually reliable Metro making the mistake of calling the console the ‘Sony Sega Mega Drive‘ and bizarrely claimed that the new console comes with a portable screen. Thatâ€™ll be the handheld version, then.

Most outlets also fail to report that half the built-in games are simple homebrew style affairs. Youâ€™d think the names of these games – with highlights including Yawning Triceratops, Jack’s Pea and Meatloaf Rotation – would be the giveaway here. That said, the Mega Drive did have a fair few games with very peculiar names. We all remember the classic that was Super Magical Flying Hat Turbo Adventure, right?