For reasons obvious, a trio of PokÃ©mon games resurfaced in this weekâ€™s UK top 40. 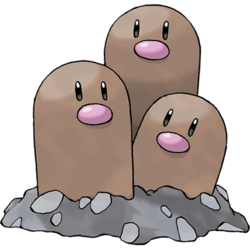 We guess this answers the question as to whether PokÃ©mon Go will have a positive impact on the upcoming PokÃ©mon Moon/Sun.

Popular 3DS pack-ins Tomodachi Life and New Super Mario Bros. 2 are back in the chart, too, suggesting that the success of Pokemon Go has also helped 3DS sales. Or 2DS sales, as the case may be.

Other gaming sites will have you believe the â€˜realâ€™ news in chart land is that LEGO Star Wars: The Force Awakens has claimed its 4th consecutive number one.

Monster Hunter Generations meanwhile fell from #3 to #9 during its second week of release. Good old Minecraft: Xbox Edition then rounded off the top ten.

Speaking of Xbox, Chart-Track was seemingly unable to compile a complete Xbox 360 top ten this week, presenting us with a top nine instead. In fewer words, only nine different full price Xbox 360 games were sold in the past seven days. The PS3 is starting to show its age now likewise, with the usual top 20 reduced to a top 12.