We havenâ€™t seen a great deal of Virtual Console games lately, save for the odd New 3DS SNES re-release here and there. This week makes up for that – Hudson Softâ€™s A Shadow’s Tale (aka Lost in Shadow) has been granted a rather unexpected Wii U eShop re-release.

A game popular with collectors, this Wii platformer from 2010 is known to sell for as much as Â£50 on eBay. At Â£17.99 for the new digital version, it proves to be a far cheaper option.

Reviews were generally favourable upon release, including 7.5s from both IGN and GameInformer. “Shadow is absolutely a solid experience, albeit one that has some darkness of its own” said the former.

The New 3DS meanwhile gets Wind-up Knight 2 (Â£4.00), a runner that arrived to a lukewarm reception on Wii U. We have a feeling that it may fare better on handheld, being a better fit and all. 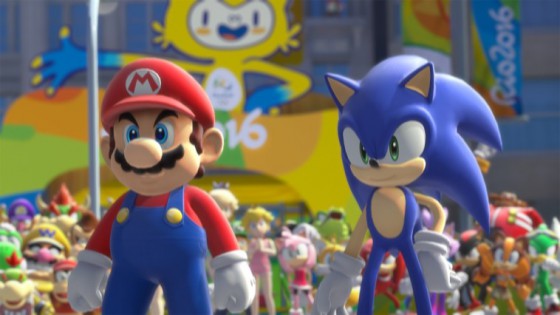 Both Wii U and 3DS get a couple of demos, too – Mario & Sonic at the Rio 2016 Olympic Games and Kirby: Planet Robobot. Weâ€™ve barely heard a bad word about Planet Robobot, so itâ€™s pleasing that more people will get a chance to savour its delights.

After last weekâ€™s surprisingly decent assortment of discounts, mostly courtesy of Curve Digital, weâ€™re back to yet another tedious selection. Say “hello!” once again to Aqua Moto Racing 3D (Â£3.59), Glory of Generals (Â£3.59) and European Conqueror 3D (Â£2.39). No Wii U discounts this week, oddly.