While the Ghostbusters movie has surprised naysayers by gaining a steady string of 3 star reviews, most of which bill it as a fun ride, Activisionâ€™s console tie-in hasnâ€™t been quite as lucky.

The first review to surface was a miserable 2.0 from Polygon, who claimed that it â€œwouldn’t be worth the $50 asking price if the instruction manual were printed on a $50 billâ€. That was then followed up by a marginally better 2.8/5 from Cheat Code Central. To quote: â€œIf you’re looking for an inoffensive movie cash-in to play with your couch co-op partner and you’re tired of Lego games, well, here ya go.â€

Having watched a few streams on Twitch earlier this week, it appears to be far better than Atariâ€™s Sanctum of Slime. Unlike that game however, which was an inexpensive digital-only release, Activision wants Â£30+ for this notably slow-paced top-down shooter. Itâ€™s a low budget game being paraded as an almost full price release, and that alone is a cause for concern, nevermind the reported 6 hour runtime.

Other retail releases for this week include MX Vs. ATV: Supercross Encore on Xbox One, Insomniacâ€™s Song of the Deep, plus Disney Art Academy and Monster Hunter Generations on 3DS.

For those who donâ€™t keep tabs on gaming news, Song of the Deep is the first game to be published by retailer GameSpot. Thatâ€™s to say, if you want a physical copy youâ€™ll have to head over to the GS site where itâ€™ll set you back a modest Â£12.97. Reviews of the 2D underwater Metroidvania have been good, but not great, including a 7.0 from Polygon and 6/10 from The Metro.

Eurogamer meanwhile had this to say: â€œThis isn’t a bad Metroidvania, but it is also far from being one of the best, and if you’ve played any recent Metroidvanias, let alone an undersea offering like Aquaria, you’re not going to see much that you did not expect in here.â€

Eurogamerâ€™s review of Monster Hunter Generations is ready for perusal now too, gaining their â€˜recommendedâ€™ badge despite a sense of overfamiliarity. â€œThe fresh arts and styles help mask the musty taste of recycled material, but Generations is still a new recipe with old ingredientsâ€ was their final verdict. Nintendo Life felt a little differently, awarding it 9/10 while calling it one of the “most enjoyable and immersive time-sinks to be found on Nintendo hardware”. 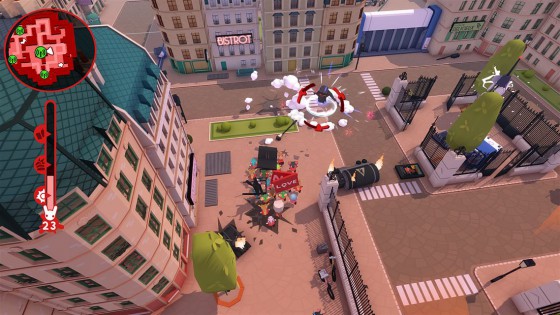 On the digital stores both Xbox One and PS4 get the 2D single-screen shooter Super Mutant Alien Assault and the minimalistic 2D sports game VIDEOBALL. Both Polygon and Destructoid were remarkably impressed with the latter, each awarding it a lofty 9/10. â€œEvery piece of Videoball feels crafted for competition, and even when I was getting whipped by the game’s AI opponents, it was a joy to playâ€ said Polygon.

On Friday the Xbox One also sees the release of World II:Hunting Boss, a hack â€˜n slasher originating from the Far East. Considering itâ€™s a mere Â£1.59 on Steam, we arenâ€™t expecting much. Oh, and the new GWG freebie Tumblestone should go live on Saturday, if all things go to plan. 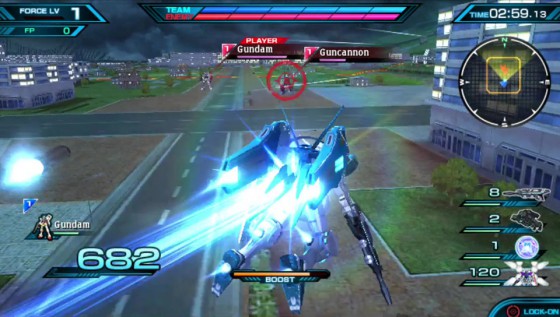 Over on PS4 the spare-time sapping online RPG Neverwinter makes an appearance. We awarded it 9/10 back in April 2015, on the grounds that itâ€™s a fully comprehensive 60+ hour RPG that can be enjoyed to its fullest without spending a single penny. A game so engrossing that it had us up at 8am on a Sunday morning just to squeeze in a few hours of play in before work.

Hot on the heels of last weekâ€™s PS Plus freebies comes an extra bonus game – Kill Strain. Thereâ€™s a twist, however – the 4v4 shooter is a free-to-play release; Plus members simply get it a week early.

The PS Vita isnâ€™t without a new release either. Presenting Mobile Suit Gundam Extreme Vs Force, which favours 2v2 battles and features mechs from all different points in the franchiseâ€™s history. Itâ€™ll set you back Â£29.99, on the grounds that it was a full-price retail release in other parts of the world.

Next week: Cast of the Seven Godsends – Redux (Xbox One – trial available now), Air Conflicts Double Pack (PS4) and a retail release of Among the sleep (PS4).