Nintendo has always acted shrewdly when it comes to re-releasing their back catalogue, opting for single premium-priced downloads rather than exhaustive retro collections. 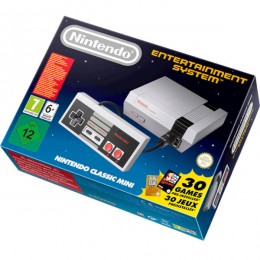 Itâ€™s something that often frustrates hardcore fans, but as a result the Kyoto giant has never risked devaluing older games in a similar manner to SEGA, who seems quite content to bundle dozens of past hits together for compilations or re-release standalone games for literally pence.

The closest weâ€™ve ever got to a full blown Nintendo retro collection is the NES Remix series,

Providing we exclude Animal Crossing on GameCube, which included dozens of NES games – a fact that Nintendo would seemingly like the world to forget – the closest weâ€™ve ever got to a full blown Nintendo retro collection is the NES Remix series. With this in mind, itâ€™s understandable why gamers young and old are excited about the just announced Nintendo Entertainment System: NES Classic Edition. Or Nintendo Classic Mini, as it’ll be known in the UK. 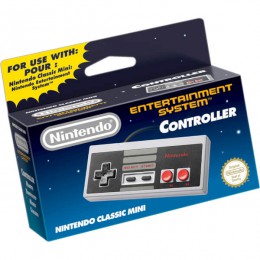 Due out 11th November for $59.99, thus making it a likely candidate for Christmas lists, the palm-sized console features 30 built-in games and a HDMI output, plus the ability to save game progress at any time.

As for UK pricing, both GameSeek and The Game Collection currently have the console available to pre-order for Â£49.95. Only Zavvi has the controller listed individually at the time of typing, priced at a surprisingly reasonable Â£7.99.

Itâ€™s the line-up of games that really shines – big hitters one and all, with a fair few unexpected third-party titles from Japanese publishers. We get the feeling that Nintendo gave those who have stuck with the Wii U through thick and thin preferable treatment here, as thereâ€™s a lot of stuff from Capcom, Square-Enix, Koei Tecmo and Bandai Namco. Hereâ€™s the list in full:

Itâ€™s easy to imagine the Nintendo Classic Mini being a big seller over the Christmas period; the box art alone is bound give gamers in their 30s pangs of nostalgia. Nintendo certainly knows how to target fans, and for a second time this month – with Pokemon Go being the first – theyâ€™ve well and truly proven that you should never count them out.