Considering the stars of this online shooter are colossal, pavement cracking, war machines, it offers an incredibly smooth ride. The matchmaking service is fast and efficient, with little time wasted lingering in dull lobbies. Controls feel responsive while the layout is intuitive. Visually itâ€™s curiously appealing too, complete with various holographic emojis that go a long way to making it not quite the grey and po-faced experience it may initially seem.

While still far from perfect, this free-to-play release doesnâ€™t really do anything majorly wrong either. We can thank PC gamers for this, as theyâ€™ve spent the best part of four years road testing it ahead of this tardy console conversion. Most of the bumps and kinks were likely ironed out long ago. It also helps, of course, most of its core mechanics are well-defined, if a little well-worn. 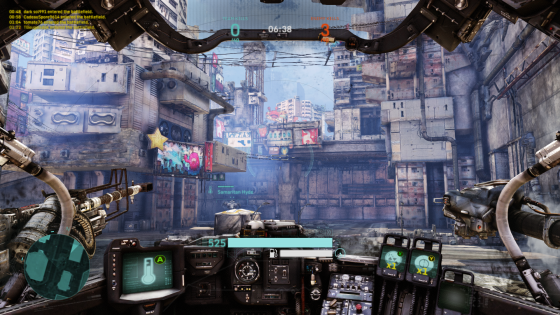 A handful of credits are bestowed to begin with. A generous amount, to be fair, as thereâ€™s enough to fully upgrade the sturdy starter mech, with change to spare to put towards one of the more menacing mechanical beasts. We expected in-game currency to stop flowing freely after adding a few more additions to the garage, but thankfully this wasnâ€™t the case. Usually, it takes no more than three or four matches to be able to purchase a weapon upgrade or two, and everything can eventually be unlocked for sweet nothing given time. This gives Hawken a decent sense of progression while helping those not willing to open their wallet a fighting chance of keeping up with the competition.

The range of mechs is diverse with each featuring two unique deployable weapons in their arsenal, adding scope for experimentation. A mechâ€™s speed depends on class type, but to keep the playing field even each has the same set of evasive manoeuvres. Boost dashes allow missiles to be dodged whilst retaliating with hot lead of your own, while the jetpack not only grants access to higher areas but can also be used to escape a fatal whooping. The aforementioned deployable weapons meanwhile include screen-distorting EMP grenades, turret placements, bubble shields and holographic decoys that can fool even the most battle hardened of players. The fools. 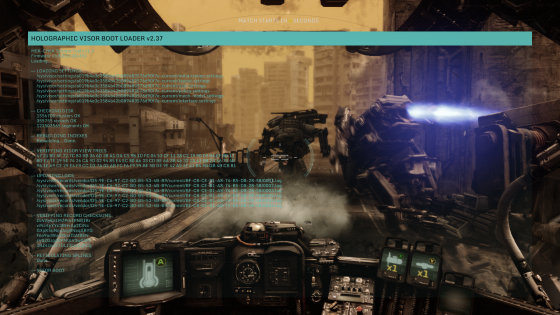 The mechs have an additional trick up their non-existent sleeves: the ability to repair. It may sound like a trivial inclusion, but itâ€™s actually something of a game changer. All unit types shut down for a few seconds while being repaired, thus leaving them incredibly vulnerable. Having a team-mate watch your back while patching up can make the difference between life and death; a bit like asking a mate to look out for the police while partaking in a spot of late night public urination.

Itâ€™s possible to play on a rotating match-type list, so you may find yourself protecting silos during one battle and attempting to secure anti-air turrets the next in order to take down a screen-filling dropship. There’s an undeniable focus on â€˜safety in numbersâ€™ during team deathmatches as players often head out in packs to track and take down the opposition. Those not fond of donning a mic are thankfully catered for, as not only is it possible to call out enemy locations by a press of a button, but also request backup. 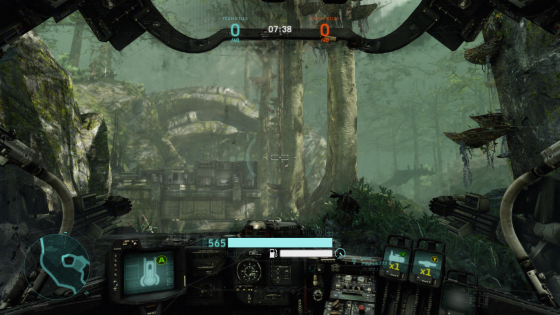 Itâ€™s the players that adapt to this â€˜retaliate, retreat, repair and repeatâ€™ ethos that will likely find themselves with some rather impressive killstreaks under their belt. It also helps that thereâ€™s consistency within the map design – which vary from an abandoned bazaar to a multi-tiered Cybertronian-esque facility – as each presents plenty of nooks and crannies to retreat into. It may not be the most of ballsy or ballistic of strategies, but itâ€™s enough to give Hawken a tactical slant. Like a certain cowardly transforming robot once said, â€œHe who fights and runs away, lives to fight another dayâ€.

Hawken is perhaps a little lacking in identity, but at the same time some would no doubt argue that by omitting flashy gimmicks itâ€™s a clearer-cut experience. It isnâ€™t out to grab your cash, nor is it looking to dump you in the deep end with players way more experienced than yourself. Down to earth and honest, the developers clearly want everybody that clambers into a mech to have a fun and frustration-free experience.

Spend an hour or two stomping around its dystopian world, while sending the opposition to the scrap heap, and chances are youâ€™ll see why it was granted an elusive second shot at success.