After several big hitters in quick succession, the whirlwind of big name eShop releases comes to a sudden standstill. Itâ€™s a quiet week for new arrivals, is what weâ€™re trying to say.

How quiet? Well, you could purchase everything due on both the 3DS and Wii U this week and still have change from a tenner.

On Wii U thereâ€™s TAP TAP ARCADE 2 (Â£2.69) from RCMADIAX, a mini-game collection including 2D skiing Skeasy and something called Volanco, which going by screenshots alone resembles the arcade classic Joust.

Those who enjoy putting their thinking cap on may want to check out Sudoku and Permudoku, because at 89p ruddy pence itâ€™s hardly bank breaking. 1000 puzzles are on offer, including a colour variant of Sudoku. Nintendo Life thought it was a decent enough package. 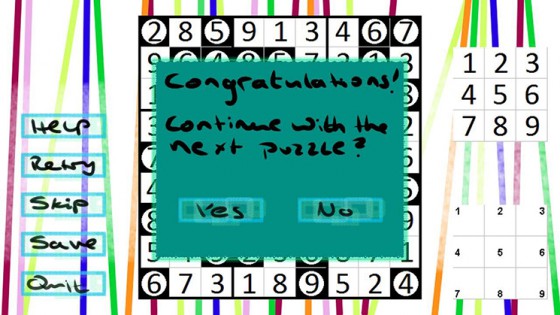 Over on 3DS thereâ€™s something unexpected – a download of the 2009 Professor Layton and the Eternal Diva anime for Â£3.59. Thatâ€™s joined by two pieces of Fire Emblem Fates DLC – a revamp of Fire Emblem: Shadow Dragonâ€™s Ballistician Blitz map for Â£1.79, as found during “The Wooden Cavalry” stage, and something called A free gift from Anna.

We hope itâ€™s a brand new shiny red bicycle. Or a Super Soaker 500.

A trio of Little Orbit games get permanent drops too, including Kung Fu Panda: Showdown of Legendary Legends for Â£17.99.

Then on 3DS a handful of Circle Ent and EnjoyUp games are reduced, plus the Guess Who alike Dan McFox: Head Hunter (Â£1.49) from Lightwood Games.