Hereâ€™s something we didnâ€™t expect, especially with summer now upon us: itâ€™s a ridiculously busy week for Wii U and 3DS releases, both on the eShop and at bricks and mortar.

How busy, you ask? The Wii U alone has four retail releases lined-up – roughly the same amount due between July and the end of the year. Indeed, the pickings look mighty slim after LEGO Star Wars: The Force Awakens launches. Weâ€™re planning to write a few words about this sordid state of affairs soon. 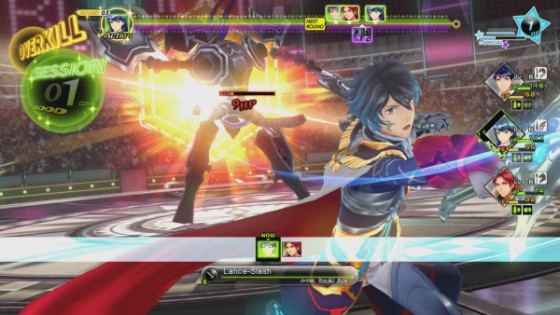 In addition to arriving at retail, Tokyo Mirage Sessions #FE, Mario & Sonic at the 2016 Rio Olympics Games, Mighty No. 9 also hit the Wii U eShop this week. That leaves us with the belated retail release of Terraria, which was released digitally some time ago.

At Â£49.99, Tokyo Mirage Sessions #FE – a JRPG with a J-Pop twist – is arriving at a price higher than anticipated. At the time of typing EDGE is the only outlet to review the Shin Megami Tensei/Fire Emblem crossover, where it garnered a solid 7. More reviews will doubtlessly be available before Fridayâ€™s launch, and weâ€™ll squeeze in a few choice cuts during this weekâ€™s new release round-up. Several pieces of DLC are due Friday too, including the Atlus Collaboration Costume Set for Â£1.79.

Ignoring the fact that this series has gone way past being stale, the Â£39.99 asking price for Mario & Sonic at the 2016 Rio Olympics Games seems a tad more reasonable. Weâ€™re still waiting on reviews for this Wii U iteration. The 3DS version arrived to mediocre scores, and so we arenâ€™t holding out much hope. 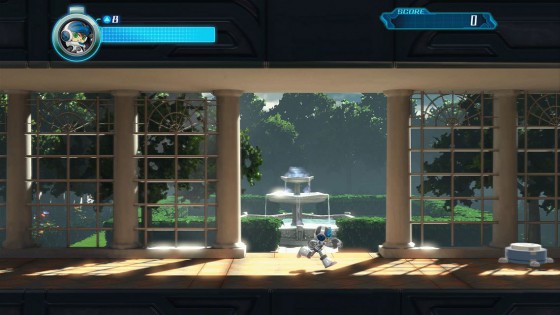 We can at least discus Mighty No. 9â€™s scores as reviews went live earlier today. A steady string of 5/10s, sadly – general opinion is that although it does have a few decent stages and ideas, the package as a whole is held back by dated visuals, poor presentation and distinct lack of direction.

This spiritual successor to Mega Man arrives with a Â£17.99 price tag, which is significantly cheaper than the retail release – currently Â£22.99 on Amazon. That does include the Ray DLC however, which is another Â£3.99. â€œIf you’ve been banking on the Ray DLC, at least for the level, you’re probably going to be disappointedâ€ warned Destructoid.

We arenâ€™t done with Wii U releases yet. In addition to Virtual Console releases of the N64’s The Legend of Zelda: Majoraâ€™s Mask (Â£8.99) and the DSâ€™s Nintendo presents: Style Boutique (Â£8.99), Nintendoâ€™s flagship console also gets four new indie titles.

These are the self-explanatory Rubikâ€™s Cube (Â£4.49 or Â£2.24 for owners of Cube Life: Island Survival), virtual board game thing Steel Lords (Â£10.99), co-op twin-stick shooter Dual Core (Â£8.99) and SPLASHY DUCK (Â£1.39). â€œSave the DUCK from crashing into the WHALE! Endless FUN for EVERYONE!â€ reads the description for that last one. 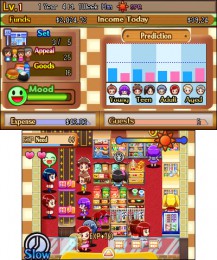 The 3DS also gets Rubikâ€™s Cube for Â£4.49, plus the intriguing convenience store management sim Conveni Dream (Â£4.50), a conversion of the well-received PC tower defense game Unholy Heights (Â£5.39), and demos of Mario & Sonic at the 2016 Rio Olympics Games and the upcoming kid’s title Teddy Together.

Remember that the new 3DS Selects range hits store shelves any day now too, including the very good Mario and Luigi: Dream Team Bros and the mostly ignored Paper Mario Sticker Star. At Â£14.99 a piece, we may see these two in particular make top 40 reappearances next Monday.

The weekâ€™s discounts arenâ€™t too shabby either, with highlights including Another World â€“ 20th Anniversary Edition (Â£2.15), VoxelMaker (Â£2.79) and Shingeki no Kyojin: Humanity in Chains (Â£12.00). Purchase either Space Lift Danger Panic! or Heart Beaten on 3DS meanwhile and the other can be had for a mere 65p. Theyâ€™re also down to Â£1.29 and Â£2.00 respectively this week.