The pickings are mighty slim on the UK Nintendo eShop this week. We can at least vouch for the quality of the two – yes, two – new releases due on Thursday, rather than taking a wild guess.

On New 3DS Donkey Kong Country 3: Dixie Kong’s Double Trouble swings onto Virtual Console. A late release for the Super Nintendo, intended to keep the 16-bit system ticking over until the N64 arrived, itâ€™s one that arguably only hardcore Nintendo fans sampled when it was initially released. A lot of gamers were forced to sell their 16-bit consoles in order to offset the cost of a 32-bit system – when DKC3 arrived in 1996 the PSone and Saturn had already passed their first year milestones, and were quickly amassing catalogues of quality software.

While DKC3 didnâ€™t quite have the same impact as the original, itâ€™s still a very good game and a strong contender for being one of the SNESâ€™s best looking titles. This re-release launches with a discount, too – Â£4.99 until 9th June. Â£7.19 thereafter. 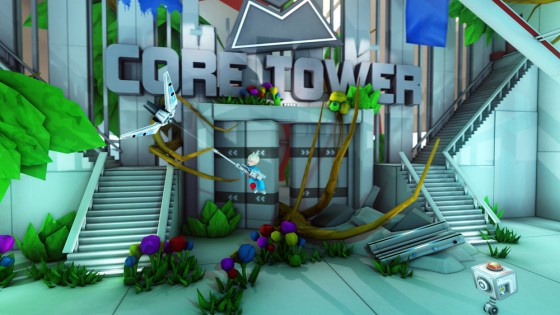 On Wii U meanwhile thereâ€™s Kick & Fennick, a puzzle platformer first released on PS Vita. It entails a small boy teaming up with a broken robot to find a new power core for his newly discovered pal, avoiding hazards and beating bosses along the way. The PS Vita version arrived to good – but not great – reviews, including 7.7 from IGN. A temperamental save system was highlighted as one of the major faults. Hopefully thatâ€™s rectified here.

Before rattling off the weekâ€™s discounts, we have two new pieces of Fire Emblem Fates DLC to cover. In Map 4: Ghostly Gold a good deed turns sour, but our heroes are eventually rewarded for their generosity. Then in Map 5: Museum Melee a collection of antique armaments are up for grabs…but only if your team can beat the other challengers. Both packs are set to cost Â£2.29.