Futuridium EP Deluxeâ€™s Wii U release might be a little tardy, but rest assured that this retro space shooter has been worth the wait – the PS4 original arrived to a mixture of 7s, 8s and 9s with 8/10 being the mode.

Think along the lines of Star Warsâ€™ infamous trench run scene on an infinite loop, only set in some bizarre alternative universe where the Death Star was made of LEGO instead of charcoal grey metals. Itâ€™s arriving with a discount in place too; itâ€™ll only set you back Â£5.99 until 2nd July. It’ll be Â£7.99 thereafter. 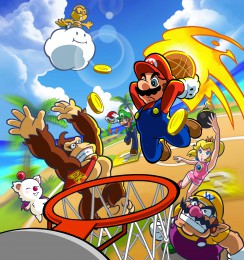 A Virtual Console release of the DSâ€™s Mario Slam Basketball (aka Mario Hoops 3-on-3) is the only other game in store for Wii U owners this week, priced Â£8.99. Developed by Square-Enix, we kid you not, it received good – but not great – review scores when it first launched in 2006. Not a classic, then, but slightly better than some of Marioâ€™s other sport titles. Mario Sports Mix, weâ€™re looking at you.

On 3DS four new releases are available for your perusal. Infinite Dunamis (Â£8.99) is a conversion of a reasonably well-received turn-based mobile RPG, top-down hack and slasher Smash Cat Heroes (Â£1.99) gained above average scores when it launched in the US two years ago, Samurai Defender (Â£2.39) offers simple tower defence action while Epic Word Search Collection 2 (Â£5.99) is yet another word game for the handheld. Features include a no doubt thrilling Shakespearean word search. 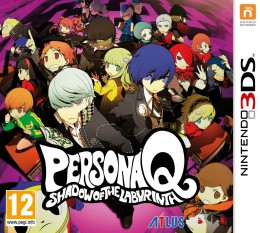 Four acclaimed 3DS JRPGs also get permanent price drops – Persona Q: Shadow of the Labyrinth (Â£8.99), Shin Megami Tensei: Devil Summoner: Soul Hackers (Â£8.99), Etrian Odyssey Untold: The Millennium Girl (Â£8.99) and Etrian Odyssey IV: Legends of the Titan (Â£17.99). Persona Q for a penny under nine quid is a ruddy bargain, although to be fair, you canâ€™t go wrong with any of these.