When Activision announced their upcoming Ghostbusters tie-in – exactly three months to the day of launch, we might add – a very peculiar omission was made. To the bewilderment of many, the developerâ€™s name wasnâ€™t mentioned in the press release or shown during the trailer. 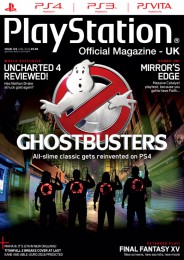 This fuelled speculation that Activision had something to hide. We even jumped to the conclusion ourselves that one of the publisherâ€™s more notorious studios was handling the top-down shooter. Namely Cabela’s Dangerous Hunts creator Cauldron, or Fun Labs, who worked on 2012â€™s Men in Black: Alien Crisis.

The Official PlayStation Magazine UK however reveals that the new, and subtitle-free, Ghostbusters game is in development at Fireforge, an upstart studio formed of industry veterans. The tie-in takes the cover of said publication this month, along with a few pages covering the history of the franchise and previous Ghostbusters games.

When talking to Fireforgeâ€™s founders theyâ€™re eager to point out that they want to do the source material justice, while highlighting that although itâ€™s their debut game the studio is formed from developers with countless years of collective experience. Development began well over a year ago, too. Part of the interview with Fireforgeâ€™s Chris Tremmel can be found in the digital sampler for this monthâ€™s OPM, with screenshots and art work. 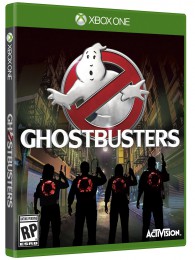 Reading OPMâ€™s interview gives mild encouragement that the game could end up being better than initially expected. It doesnâ€™t look set to topple Atariâ€™s Ghostbusters game from a few years back, but itâ€™s clearly being put together by a team that cares. Theyâ€™re giving it their best shot, at the very least.

Which begs the question, why did Activision keep the developerâ€™s name out of the publicâ€™s eye?

Again, we can only speculate. Perhaps Activision believed that even having a new developer whoâ€™s yet to prove themselves could harm those all-important pre-orders.

Fireforge themselves could also be to blame as it appears that a military toy manufacture also goes by the same name. Could it be that some kind of trademark issue is currently under dispute? Itâ€™s a long shot, granted, but the fact that their website is still listed as â€˜coming soonâ€™ gives some creditability to this. Itâ€™s most irregular, whatever the reason.

As of now though, the secret is out – the Ghostbusters are in the hands of Fireforge.