The original Homefront was a big seller despite mediocre reviews. Certainly profitable enough for THQ to commit to a sequel. Since THQ filed for bankruptcy in 2013 the America-set shooter has changed hands an unprecedented amount of times, passing from Kaos Studios to Crytek UK (nee Free Radical) and then finally over to Nottingham-based Dambuster Studios, formed mostly of ex-Crytek UK staff. It also went from being co-published by Crytek and Deep Silver, to the whole IP being off-loaded to Koch Media.

Some five years after first being announced, Homefront: The Revolution is finally out this Friday. And for the second time running for the fledgling franchise, scores have been mediocre at best. The scars of its development allegedly run deep, with most of its more innovative ideas feeling half-baked. Thereâ€™s a general lack of polish on display too, plus some incredibly unwelcome game-breaking bugs.

The PC version is reportedly the worst of the bunch for glitches, prompting Jim Sterling to hand out a miserable 1/10. Eurogamer wasnâ€™t too impressed either, especially with the obnoxiousness of the main characters.

As for the console versions, GameSpot, The Metro and Push Square handed out 5/10, while Digital Spy gave it 2.5/5. Cheat Code Central went for an even lower score – 2.0.

Just beat Homefront: The Revolution. It ends with a note from the director acknowledging its troubled development. pic.twitter.com/dhau7Cap5u

Retro reboot Shadow of the Beast meanwhile has arrived to reviews both bad and good. Everything from The Metroâ€™s 8/10 to a poor 3.0 from Polygon. Somewhere between those scores thereâ€™s a 6.0 from VideoGamer and a 7.5 from God is a Geek, too. The Amiga original being an unlockable extra might be enough to sway a potential purchasing decision. 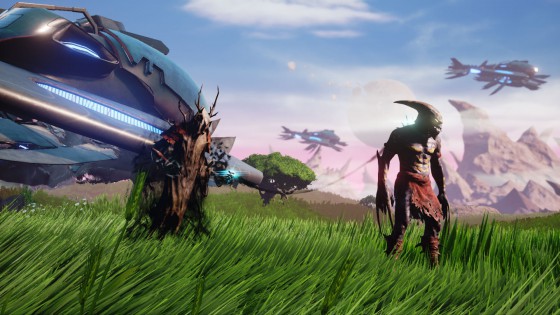 Critics can at least agree on giving the 3DSâ€™s Fire Emblem: Fates a recommendation, gaining a thumbs up from Eurogamer, an 8/10 from The Metro and an even higher 8.5 from God is a Geek. There are plenty reviews of the strategic RPG available as it launched in the US months ago.

Another RPG heading to retailers this week is the budget-priced Valkyria Chronicles Remastered on PS4. Itâ€™s a new game from SEGA, of all things, and a very good one at that. â€œAs bizarre a mix of genres, art style, and subject matter as you could ever hope to see. But it all works together surprisingly well and this remaster is well deservedâ€ said The Metro.

On the download services Fallout 4: Far Harbor is turning heads. Itâ€™s an eyebrow raising Â£19.99, but Bethesda assures us that this new location is packed full of quests, characters, creatures and new stuff to loot. Itâ€™s the largest landmass add-on for any Bethesda Game Studios release, no less. We love us some landmass.

Over on Xbox One itâ€™s a curiously quiet week for new releases, with only colourful puzzler Cubikolor and a preview version of the underwater survival game Subnautica making a splash. 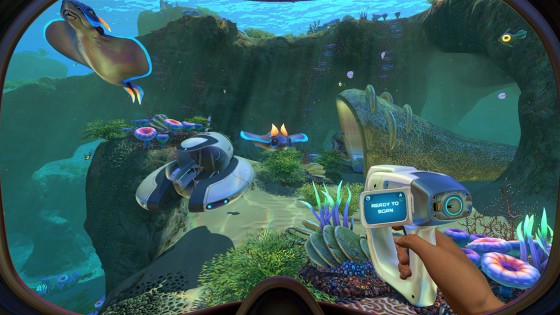 Cubikolor out on PS4 this week too, along with right old bunch of odds and sods. Specifically: the comically morbid platformer Life Goes On: Done to Death, abstract mini-game collection Perfect Universe, offbeat meditative experience Soft Body, artificial life sim VEV: Viva Ex Vivo and the pixel-art horror adventure My Night Job. The PS Blog has more on that last one here.

Cult PS2 RPG Wild Arms 3 also gets a digital dust off, as does Kinetica – a futuristic racer never released in Europe.

Developed by SCE Santa Monica Studio, it was in fact the first outing for God of War‘s engine.

Then after arriving on Xbox One last month, the pretty good Letter Quest Remastered is out now on PS4 and PS Vita. Itâ€™s the spiritual successor to PopCapâ€™s Bookworm Quest, and thatâ€™s about all you need to know.