Weâ€™ve seen a fair few modest hits on the eShop over the past couple of months. Pocket Card Jockey is currently delighting open-minded gamers up for something slightly different, Yo-Kai Watch appears to be going down a treat – and consequently remains in the UK chart this week – while last week saw the ever-popular Super Meat Boy finally grace a Nintendo platform.

Weâ€™re enjoying Mini Mario & Friends: amiibo Challenge too. Well, what little of it we can play anyway – our Wario amiibo only allows access to a handful of levels. Wah!

While this week isnâ€™t the busiest of recent times for the eShop, there are a couple of significantly big hitters.

On Wednesday Minecraft: Wii U Edition sees the release of the free The Super Mario Mash-Up Pack, which adds 40 Super Mario-themed skins – including Mario, Luigi and Princess Peach, Bowser, Wario and all seven Koopalings – plus new textures and 15 pieces of music from Super Mario 64. Itâ€™s bound to increase sales of Minecraft: Wii U Edition tenfold, and weâ€™re already looking forward to seeing what players will create. A phallic iteration of Princess Peach’s castle, no doubt.

The Wii U also sees an incredibly belated release of PixelJunk Monsters HD (Â£6.99) – the original released on PS3 almost nine years ago. Wii U owners shouldnâ€™t feel too put out as this tower-defence shooter didn’t make it onto PS Vita until 2013 either. We imagine this version retains some of the PS Vitaâ€™s touch-screen controls. 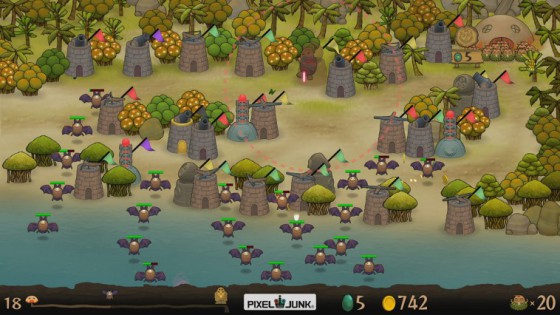 Chances are 3DS owners are saving their money (and spare time) for Fire Emblem Fates Birthright / Conquest instead. The eShop price has been announced as Â£39.99. A second version can then be purchased for Â£17.99, should you want to explore and see both sides of the story. 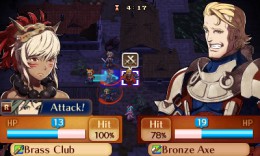 Nintendo Life handed out a resounding 9/10 for the US version of Fates back in February. â€œFire Emblem may have found itself in a strange spot after the success of Awakening, but Intelligent Systems has found a way forward. Actually, two ways – Fire Emblem Fates does a remarkable job delivering what newcomers and long-time players both could possibly want out of this seriesâ€ they said.

Fates also receives a free piece of DLC on launch day (20th May) – subtitled Before Awakening – along with the Â£16.19 Map Pack 1.

As always, weâ€™ll end with the weekâ€™s discounts. Four games are due a drop on Wii U: Joe’s Diner (Â£4.79), Suspension Railroad Simulator (Â£5.39), Defense Dome (Â£1.53) and SDK Paint (Â£2.99). According to Amazon Joeâ€™s Diner is due a physical release via UIG Entertainment later in the year, along with Lucius and horror adventure Pinewood Drive. Some dubious looking farming games, too.