Thereâ€™s a retro tinge to this weekâ€™s round-up, what with DOOM, Raiden V and Arcade Archives TwinBee making up roughly half of this weekâ€™s new releases.

The other half? MegaTagmension Blanc + Neptune VS Zombies on PS Vita, She Wants Me Dead and the highly anticipated Uncharted 4 on PS4.

We rounded-up the majority of pre-release Uncharted 4: A Thiefâ€™s End reviews last week. As weâ€™ve come to expect from a Naughty Dog game, it arrived to a waft of 10/10s and 5/5s. Those who chose to hand out anything less than a 9/10 – including VideoGamer, GamesRadar and The Jimquisition – were accused of bias and writing â€˜click baitâ€™ reviews, simply for having opinions that went against the grain. Amusingly, this prompted VideoGamer to pen this â€œspecial messageâ€. 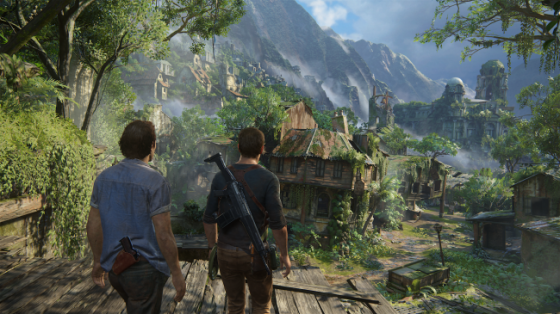 Although weâ€™re confident in saying that Uncharted 4 is nothing short of sensational, gamers shouldnâ€™t expect perfect scores just because of a developerâ€™s prestigious past. The same thing happened when GTA V launched – commenters up in arms over a 9.5. â€œJust give it a 10â€ they said, despite it being unavailable to the public at the time.

Reviews of DOOM, on the other hand, wonâ€™t be available until after launch – Bethesda hasnâ€™t sent out pre-release copies to the press. IGN was told as follows: â€œAs DOOMâ€™s SnapMap and multiplayer modes both require access to a server that wonâ€™t be live prior to launch, review copies will arrive on launch dayâ€. Kokatu – who are blacklisted by Bethesda, we might add – was told the same. â€œWhile itâ€™s certainly possible that Bethesda is holding back because theyâ€™re putting out a clunker and they want to prevent bad reviews, it wouldnâ€™t be fair to assume thatâ€ Kokatu stated. 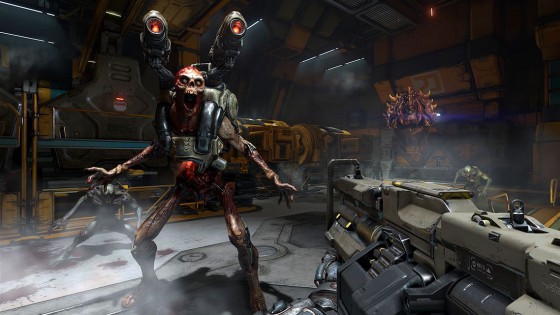 Colourful hack and slasher MegaTagmension Blanc + Neptune VS Zombies is the third and final retail release of this week.

Destructoid gave it the review treatment earlier today. â€œThe game is smothered by a poor camera, an excess of short load screens, a forgettable campaign, simplistic missions, portions of undubbed dialog and an overall lack of polish. But even with all that, I still managed to have a bit of fun pulverizing the bad guys with a little help from some scantily clad girls onlineâ€ they said before handing out a 6/10.

On PSN thereâ€™s the previously mentioned Arcade Archives TwinBee (Â£5.79) – a conversion of Konamiâ€™s 1985 top-down shooter, which includes two different versions: ‘Bubble system’ and ‘ROM. Thatâ€™s accompanied by She Wants Me Dead on PS4, which launches on Friday 13th. See what they did there? Details are thin on the ground for this Swedish-developed survival game – itâ€™s rated 16+ and developed by Hello There, and thatâ€™s all we know. It isnâ€™t even mentioned on the developerâ€™s site.

The Binding of Isaac meanwhile receives DLC, in the form of Afterbirth. It sounds like a rather significant package, including a new ending and final boss, an all-new Greed mode, daily challenges, 95 new items and two additional characters – Lilith and Keeper. 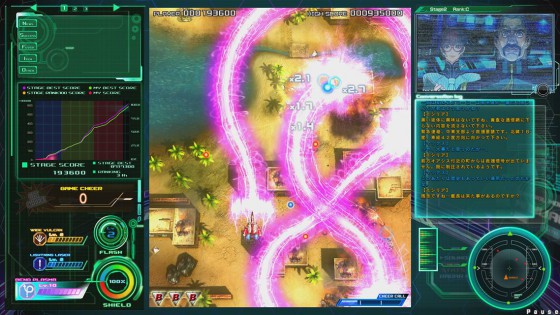 Unless some super mystery games hit the Xbox One store on Friday, this leaves us with Raiden V. Itâ€™s a full-price (Â£39.99) affair thatâ€™s only getting the digital treatment in the west – if you want a physical copy, importing the Japanese version is your only option. Itâ€™s currently Â£45-odd on Play-Asia, if youâ€™d rather go down that route.

Eurogamerâ€™s shmup specialist reviewed the import iteration back in March. â€œMoss’ latest is neither a convenient entry point for newcomers to 2D shooters, or obedient to the expectations of shmup devotees. But Raiden 5 is exciting, demanding and constantly rewards those that give it their time, taking players on a journey where skill and ability increase with every creditâ€ their itchy trigger fingers typed.