After a couple of busy weeks, the UK Nintendo eShop comes to an abrupt standstill. No Virtual Console re-releases or premium priced retail downloads on the agenda for this week – just three Wii U indie titles and Pocket Card Jockey on 3DS.

That said, Pocket Card Jockey has all the hallmarks of a sleeper hit. It has quite a perigee, at least, coming from Pokemon creators Game Freak. Itâ€™s a combination of solitaire and horse racing, basically – clear cards to â€œenergizeâ€ your trusty steed, while strategically positioning them on the track. Once long in the tooth, horses can be put out to pasture. This is where a breeding element comes into play, allowing you to pair up retired racehorses in hope of breeding a prize pony.

Â£6.29 seems a fair enough price considering it appears more simplistic than most of Nintendo’s first-party games. A demo is available now.

Then thereâ€™s PENTAPUZZLE (Â£4.09), a rotating block puzzler which has much in common with the humble jigsaw puzzle. Nintendo Life found it to be a distinctly middling experience. â€œThis title represents the same kind of simplistic, unsophisticated entertainment that the Nintendo Web Framework has become synonymous with since an influx of titles using the service stormed the gates of the eShop last yearâ€ they warned before handing out a lukewarm 5/10. 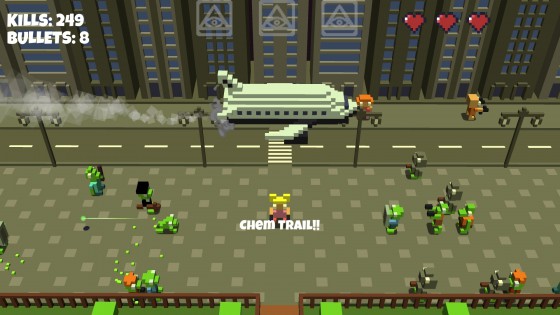 The only other thing due on the eShop is the Classic Black Panther Pack for LEGO Marvel’s Avengers, priced at Â£2.50.

Of course, this week sees an assortment of discounts too. Quite a large number, in fact, but theyâ€™re the usual faces weâ€™ve seen numerous times before – various Mystery Case Files and Jewel Quest games on 3DS, Gravity Badgers on Wii U and the likes of Darts Up 3D, Football Up 3D, 99Moves, Rock ‘N Racing Off Road DX and Abyss from EnjoyUp. We donâ€™t think the Wii U’s Island Flight Simulator has been reduced before, but with most reviews clocking in at around 3/10 we canâ€™t exactly recommend it.