This weekâ€™s new release roster reads like the Radio Times – amongst the few big hitters due thereâ€™s Hitman: Episode 2 – Sapienza, Kingâ€™s Quest: Chapter 3 – Once Upon a Climb and The Walking Dead: Michonne: Episode 3 – What We Deserve.

VideoGamer gave Hitmanâ€™s second episode a lofty 9/10. â€œBar some jarring AI issues (guards not being quite as hot to bust you as before, some disguises granting near immunity when they shouldn’t) IOI has improved on (the already impressive) Paris in almost every regardâ€ they said. iDigital Times meanwhile called Kingâ€™s Quest‘s third chapter the â€œfunniest entry yetâ€ before handing out top marks – 5/5.

Incidentally, the first episode is currently free on all formats. Presumably thatâ€™s a permanent thing.

The final part of Telltaleâ€™s mini-series hasnâ€™t gone down quite as well. Reviews for the first two parts were mostly 6s and 7s. What We Deserve seemingly follows suit, gaining a 6.3 from IGN and 3/5 from Hardcore Gamer. â€œThe tale of Michonne deserves a much better ending than thisâ€ concluded the latter outlet. 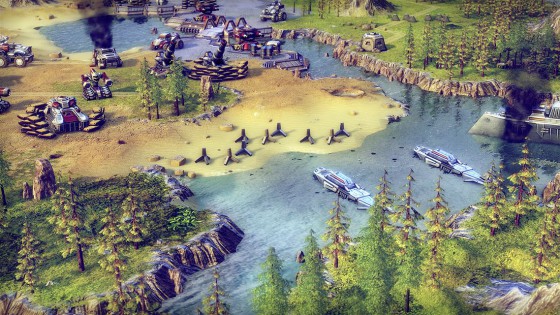 Other games gracing a multitude of formats include a belated conversion of the hex-based RTS Battle Worlds: Kronos – available for around Â£14.99 both digitally and at retail – the single-screen murder spree Party Hard, and the rather brazen Breakout clone Brick Breaker.

Weâ€™ve been playing Party Hard in preparation for a review. Itâ€™s a simple game with an intriguing premise – gatecrash a party and murder every single guest without being seen or caught. Although some patience is required it has a pleasingly morbid sense of humour, and after getting caught we always find ourselves dusting off and trying again. The gameâ€™s mechanics are relatively basic – once learnt every mistake feels like itâ€™s your own doing and not down to sloppy programming and such. 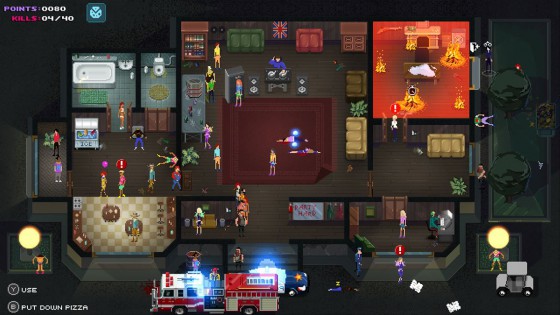 The PS4 also gets the well-received co-op shooter Alienation from Housemarque – the creators of Super Stardust and Resogun – which earned Eurogamerâ€™s recommendation, as well as an 8.5 from Destructoid. “Alienation is one of the best-feeling twin-stick shooters I’ve played” their reviewer chirped.

An altogether different co-op shooter launching this week is Rocketbirds 2: Evolution, on both PS4 and PS Vita. Also arriving on PS4 via PSN: the FTP Battle Ages – which is little more than a reskin of the crappy Battle Islands – abstract first-person puzzler The Magic Circle: Gold Edition, rhythmic platformer The Sun and Moon (also on PS Vita), Arcade Archives Salamander and Jetpack Joyride. We were expecting Jetpack Joyride to be a FTP release, but no – itâ€™s Â£2.99.

The PS Vita sees another two releases this week – a physical release of the pleasingly old skool dungeon crawler Stranger of Sword City, and Drinkbox Studioâ€™s Severed, a colourful 2D adventure starring a one-armed warrior named Sasha. PS Plus members can get it for Â£10.79 (Â£11.99 otherwise).

Then over on Xbox One thereâ€™s the controversial first-person shooter Paranautical Activity, 16-bit style platformer JumpJet Rex and a surprise release of the cheapy cheap (Â£4.79) PvP Elite Dangerous: Arena Edition. Elite Dangerous: Arena is already available to all Elite Dangerous players via the menu in-game at no extra cost. Basically, itâ€™s is just the CQC mode from Dangerous being sold as a cheap standalone to entice newcomers. 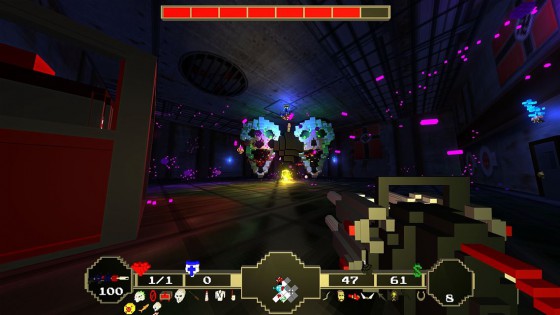 This leaves us with Yo-Kai Watch on 3DS. Reviews of this Level-5 RPG have clocked in at around 8/10, with general consensus being that itâ€™s similar to Pokemon only without any archaic 8-bit shackles holding it back.

Since penning our weekly look at the weekâ€™s eShop releases Eurogamerâ€™s review has gone live. â€œDespite all of its problems, I love Yo-Kai Watch. It’s kind and it’s domestic and it champions some delightful values. I can’t actually play it for longer than short bursts at a time but when I can, it’s a joyâ€ they said, while warning that later games in the series (Yo-Kai is about to receive its third instalment in Japan) are apparently more intricate.

Hopefully thisâ€™ll do well enough in the west to ensure that later games in the series reach our shores.