We always expected Star Fox Zero to arrive to a mixed reception, which it indeed has. The reasons for indifference donâ€™t simply boil down to motion controls though – the gameâ€™s length and lack of replay value also came under scrutiny. Other critics felt that itâ€™s a little too similar to the legendary Star Fox 64.

During this weekâ€™s new release round-up we gave both the Eurogamer and Polygon SFZ reviews a mention. Eurogamer chose not to hand out one of their merits of recommendation. Neither did they advise readers to avoid it entirely, though. â€œIt’s enjoyable enough, and if you’ve any affection for Star Fox 64 it’s worth showing up, but there’ll definitely be moments where you wish you were elsewhereâ€ they said, while comparing it to a Star Fox reunion. 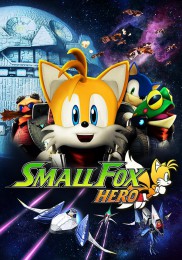 As for Polygon…well. They posted this piece explaining that they arenâ€™t giving it the review treatment due to frustrating controls. â€œI’ve made it through a little more than half of the game, and thus far, Star Fox Zero isn’t just a collection of mechanical problems. Levels are extremely simple, lacking any real sense of spectacle or, well, adventure. Combat moves in fits and starts, and levels are very short, often ending just as they find any sense of rhythm or satisfactionâ€.

They then went on to describe it as a â€œlaunch title for the Wii U console, full of half-fleshed-out ideas that don’t quite stickâ€. â€œI can’t help but wonder what happenedâ€ they concluded.

With scores as high as 8/10 from other outlets, Polygon seems to be in the minority.

They arenâ€™t alone however – GamesRadar and Giant Bomb werenâ€™t wowed either.

Weâ€™ve rounded-up reviews for both Star Fox Zero and Star Fox Guard below:

83/100 – GamesBeat: “Itâ€™s a little sad that Star Fox Zero, a game that wonderfully shows the benefits of the Wii U Gamepad, came out so late in the systemâ€™s life. Still, itâ€™s worth getting for anyone who owns the console, especially if you were a fan of the series in the â€™90s”

8/10 – The Metro: “The sort of expertly orchestrated action youâ€™d expect from a team-up between Nintendo and Platinum, but the lack of innovation is a little disappointing”

8/10 – Nintendo Life: “Once you’ve mastered the controls then you’re faced with an outing which is easily on-par with the excellent N64 entry from which it draws so much inspiration – and that should be music to the ears of seasoned Lylat veterans”

8/10 – Nintendo World Report: “I enjoyed saving the Lylat System once again, but give me a year and this experience might just blend in with Star Fox 64 since it shares so much DNA with that classic”

8/10 – Nintendo Enthusiast: “Star Fox Zero is a great step forward for the franchise and I hope weâ€™ll see it continue down this path”

8/10 – God is a Geek: “This is a game based purely on nostalgia, but the motion controls help elevate Star Fox Zero to something beyond a simple retread, although not everyone will appreciate that”

4/5 – The Examiner: “With a focus on replayability, unlockable content, discovering alternate paths, and pushing for higher scores, fans of the SNES original and Star Fox 64 will find that the game has everything they love about the franchise and plenty more”

4/5 – GameRant: “For those tempted to dive into this title, Iâ€™ll end my review with the two words that accurately reflect the challenge that this game poses and the brief dialogue that greets players at the start of every mission: Good luck”

7/10 – Destructoid: “Even with Platinum’s involvement, it’s a confusing project that isn’t quite sure of itself, wanting to try new things while simultaneously reigning it in. Despite these blemishes, I enjoyed my time with it”

7/10 – EGM: “Star Fox Zeroâ€™s status as a love-letter to the past is solidified. While it does a good job channeling a lot of what was great about Star Fox 64, it fails to really build on it in new and exciting ways, and stumbles because of the Wii U Gamepad”

3.5/5 – US Gamer: “Star Fox Zero falls short in a lot of ways; but for better or worse, it’s still the best game the series has seen in years”

7/10 – GameSpot: “Though I feel like I’ve seen most of this adventure before, Zero is a good-looking homage with some new locations to find and challenges to overcome. It doesn’t supplant Star Fox 64, but it does its legacy justice”

7/10 – VideoGamer: “So, Star Fox Zero is a pleasant return for Fox McCloud and his merry squadron, albeit one with a few flaws that stops it from sitting alongside the Wii U’s best”

6.75 – GameInformer: “Itâ€™s a musty tribute that fails to add much to the series, aside from tweaked controls and incremental vehicle upgrades”

2/5 – Giant Bomb: “Nintendo finally released the Star Fox game that I thought I wanted, but it leaves me wondering what place Fox McCloud has in todayâ€™s gaming landscape”

9/10 – Nintendo Enthusiast: “This is an experience that shows what amazing stuff Nintendo can do when they really try something new and crazy with unique hardware”

8/10 – The Sixth Axis: “Smaller and tighter in focus than Star Fox Zero, Star Fox Guard utilises the Wii Uâ€™s abilities in a far more cohesive and enjoyable manner than its bombastic sibling. Fun and frantic, it marks a unique take on a well known genre, which, with typical flair, Nintendo have made their own”

8/10 – Nintendo Life: “Nintendo set out to build an experience centered around the GamePad with Star Fox Guard, and the result is a great little experiment â€” if a wee bit overwhelming”

8.0 – God is a Geek: “Built on simple strategy and intense twitch gameplay, Star Fox Guard gets more and more exciting as the levels get tougher”

7.5 – Nintendo World Report: “As a party game itâ€™s a great experience to have with your friends, and one that can only be accomplished on Wii U. As a single player offering it may not keep you entertained”

6/10 – Destructoid: “As spin-offs go, it’s not a compelling addition to the series, so much as it is a substantially unconnected, but inventive take on the tower defense genre that is lucky to be riding on the coattails of an established franchise”

5.5 – EGM: “Every time Star Fox tries to do something out of its space-combat comfort zone it fails. Star Fox Guard sadly continues this tradition of games that make you go â€œmehâ€ when Fox and the gang step away from their Arwing cockpits”