Last week you could count the amount of new releases on one pair of hands. We donâ€™t know why youâ€™d want to do this, but it was entirely feasible. This week the PS4 alone sees 12 new releases. The majority of these are on other formats, mind. Two of them (Masquerade: The Baubles of Doom and Rugby Challenge 3) are even gracing the humble Xbox 360, which Microsoft announced theyâ€™re discontinuing manufacture of today. So long, old chum – youâ€™ve had a good run.

Rugby Challenge 3 is out Friday on just about everything, and should be one of the better egg ball simulators of recent times given the developerâ€™s track record, while clown bashing adventure Masquerade comes from Big Ant Studios of Don Bradman Cricket fame (for want of a better word) and is out on Xbox 360, PS3 and PS4. Thereâ€™s a demo of the Xbox 360 version, if youâ€™re curious. 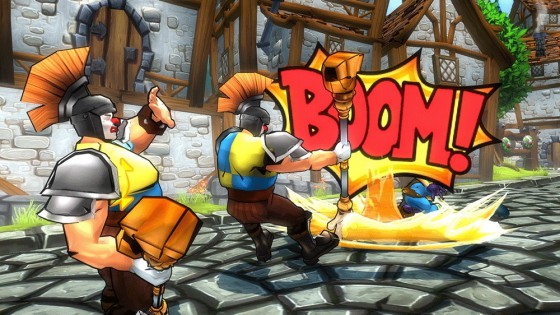 We may as well rattle off the other multi-format games out this week. After being announced just a six days ago, Namco launches Arcade Game Series 3-in-1 Pack – containing Pac-Man, Galaga and Dig Dug – on PS4 and Xbox One. All three can be purchased individually for a few quid each if you wish, in addition to the standalone Ms. Pac-Man. Why this isnâ€™t in the Â£6.49 bundle – thus making it a 4-in-1 pack – is a mystery. Presumably Namco didnâ€™t want to raise the price close to a tenner and miss out on impulse buy sales. Achievement hunters will no doubt be delighted to hear that all four have 1000G to earn.

Another retro classic getting a dust off this week is Pang Adventures – the first instalment in the Pang (aka Buster Bros.) series since 2010â€™s Pang: Magical Michael on DS. Itâ€™s out now on Xbox One and PS4 for Â£7.99, courtesy of Pix the Cat developers Pasta Games. More arcade classic revamps from indie developers, please. 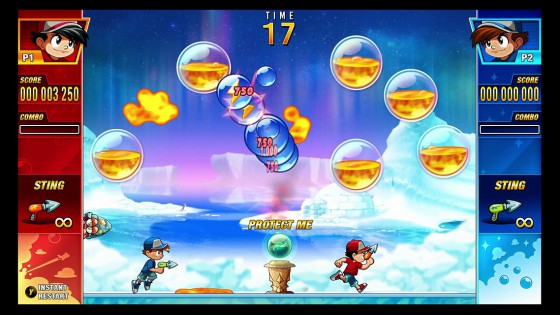 Then we have first-person spell â€˜em up Lichdom: Battlemage on Xbox One and PS4. Like Maximum Gamesâ€™ own Alkehineâ€™s Gun, Lichdom is debuting in digital form prior to a physical release. The PC version arrived to mixed reviews due to the brutally tough difficulty level. â€œHad I been playing Lichdom: Battlemage with a gamepad, I’m sure I would have flung it across the room during the first boss fightâ€ claimed IGN. Weâ€™d like to think this has been rectified for this console iteration.

The PS4 also gets belated releases of MXGP2 â€“ The Official Motocross Videogame, Shantae and the Pirateâ€™s Curse – which we rather enjoyed on Xbox One last month – and episodes 1 and 2 of noir adventure Blues and Bullets. Episode 1 launched back in August 2015 on other formats. We thought it was pretty good, although the third-person shooting sections felt a little tacked on. 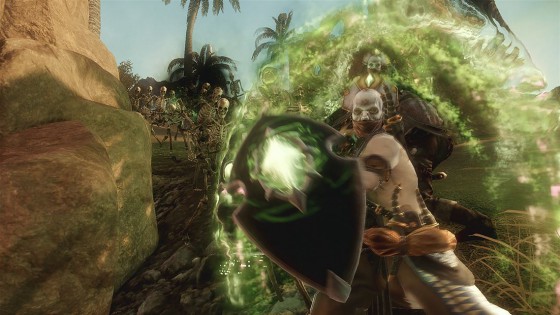 We arenâ€™t done with PS4 releases yet – Ratchet & Clank is out Friday, in order to coincide with the upcoming movie, and is being heralded as a triumphant return. Scores include 4.5/5 from US Gamer, 9.0 from IGN and an 8.0 from Polygon. It’s arriving for around Â£30, too. Nice.

Loud on Planet X – a mixture of Rock Band and Plants vs. Zombies – is also hitting PS4, alongside Invisible, Inc. Console Edition, a PS2 re-release of Max Payne, Konamiâ€™s budget priced UEFA Euro 2016 – which could make the top 40 next Monday – and Japanese tower defence game Aegis of Earth: Protonovus Assault. That last one is also due on PS3 and PS Vita this Friday, as both a retail release and digitally. Despite an intriguing premise – fortify a city to crush a monster invasion – reviews havenâ€™t been too great, including 2.5/5 from We Got This Covered and 6.5 from PlayStation LifeStyle.

Axiom Verge on PS Vita appears to be a much safer purchase – weâ€™ve barely heard a bad word about this Metroidvania. 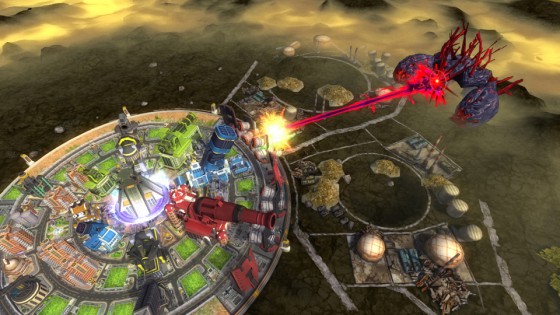 The Wii U and 3DS get a look-in this week too, with Star Fox Zero, Star Fox Guard and Langrisser: Reincarnation -Tensei-.

Star Fox Zero reviews went up just a few hours before writing this round-up. As many could have predicted, scores have been mixed due to the use of motion controls. â€œWhen Star Fox Zero soars, it really soars. At other times, however, its wings feel clippedâ€ said Eurogamer. Polygon meanwhile couldnâ€™t bring themselves to finish it. â€œStar Fox Zero actually feels like a launch title for the Wii U console, full of half-fleshed-out ideas that don’t quite stickâ€ they said. As for sites that could actually commit, GameInformer handed out a 6.75 while GameSpot went for a 7. 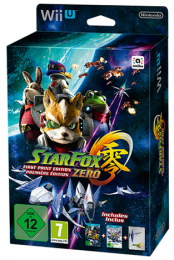 At the time of typing Star Fox Guard has a higher Metacritic than Zero – 74% compared to 72%. As for Langrisser: Reincarnation -Tensei, weâ€™re still waiting on reviews. Japanese gamers werenâ€™t impressed one bit though – the sheer amount of 1 star reviews of Amazon.jp caught the attention of western fans, providing an early heads up in the process.

Lastly for this week, we have the free-to-play Battle Ages on Xbox One. Itâ€™s a mobile conversion worryingly similar to the awful Battle Islands, and as such we arenâ€™t holding out much hope. It also appears to be (dis)gracing the PS4 in the not too distant future.