The amount of momentum Dark Souls has built up over the years is nothing short of incredible.

Series predecessor Demonâ€™s Souls made #6 in the UK chart back in 2010, while the original Dark Souls debuted at #3 in 2011. Until today Dark Souls II held the accolade of being the highest charting at launch – #2 in 2014, losing out to Titanfall – a record that has now been broken by Dark Souls III. Itâ€™s this weekâ€™s UK number one, with sales up 61% over Dark Souls II. 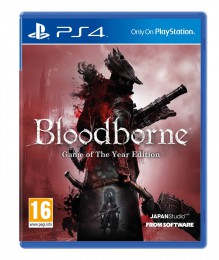 Bandai-Namco informs that itâ€™s selling incredibly well in the US too, becoming their fastest selling title in the publisherâ€™s history. Wowsers!

On a related note, Bloodborne: GOTY Edition is also back in the charts – #38 in the all-formats and #17 in the PS4 chart.

Microsoft’s Quantum Break – last weekâ€™s chart topper – is now at #4, with Tom Clancyâ€™s The Division and EA Sports UFC 2 occupying places #2 and #3 respectively. Then at #5 itâ€™s DiRT Rally, down from #2.

As we predicted, a number of Wii U Select titles are back in the chart. New Super Mario Bros. U + Super Luigi was the best performer, entering at #18. Zelda: The Wind Waker HD made #25 while Donkey Kong: Tropical Freeze slid in at #39.