Despite decent reviews Ubisoftâ€™s Trackmania Turbo has entered at a not particularly impressive #21 in the UK chart.

We doubt Ubisoft are too bothered though – Tom Clancyâ€™s The Division is number one for a third week running. Sales of Far Cry Primal are up 132% due to price cuts too, pushing it back up to #3. 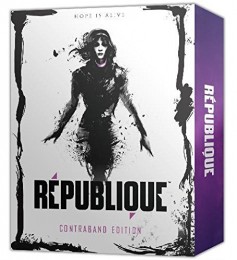 Trackmania Turboâ€™s sales may improve once word of mouth spreads – reviews only went live a few days ago. Weâ€™ll update on its whereabouts next week.

Nintendoâ€™s handheld hack â€˜nâ€™ slasher Hyrule Warriors Legends is off to a slightly better start, arriving at #13. It also takes the top spot in the 3DS chart.

Pokken Tournament, incidentally, has left the top ten after just one week. The Pokemon packed brawler is now at #14.

Trackmania Turbo and Hyrule Warriors Legends were the only new arrivals – PS4 stealth adventure Republique and the Hitman-alike Alekhineâ€™s Gun failed to even break the single-format charts.