Metroid: Other M – the gaming equivalent of Marmite – arrives on Wii U this week, but weâ€™re finding it hard to muster up some excitement due to the rather extortionate Â£17.99 asking price. If you have thought about giving the Team Ninja developed cinematic shooter a go then head over to your local Argos where youâ€™ll find it for a paltry Â£3.99.

Weâ€™ll save our excitement for FreezeME (Â£8.80 until 7th April; Â£12.59 thereafter) instead. This Wii U platformer takes inspiration from the likes of Super Mario 64 and other classic 3D N64 adventures, complete with a unique twist of its own – the ability to freeze objects by using the protagonistâ€™s camera. Want to know whatâ€™s really impressive? Itâ€™s the work of just one guy. 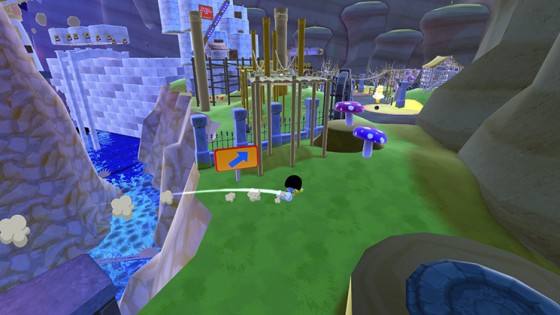 Scores so far include 8/10 from Nintendo Life (â€œit’s a fun adventure worthy of your time and moneyâ€) and a solid 7/10 from Nintendo Enthusiast, despite their reviewer not finding a great deal positive to say. â€œFreezeME has a lot of potential thatâ€™s just hidden underneath the flaws. Even so, if youâ€™re looking for a decent platformer and can tolerate its shortcomings, then this game may just be for youâ€ they said. Hmm.

Other Wii U games due this Thursday include the well-received twin-stick shooter Tachyon Project (Â£8.99), slick looking puzzle platformer The Beggarâ€™s Ride (Â£7.49) – which went down well on mobiles – and the colourful nine-player party game Chompy Chomp Chomp Party (Â£8.99).

The trailer for Chompy Chomp Chomp Party is below:

The 3DS meanwhile sees just one new release – Kemcoâ€˜s retro RPG Justice Chronicles (Â£8.99). Like The Beggarâ€™s Ride, this too was first released on mobiles and tablets. Touch Arcade thought it was quite good. How it fares on 3DS however remains to be seen.

We have Nintendo themselves to thank for this weekâ€™s discounts. We know, weâ€™re as surprised as you are. Thereâ€™s a caveat though – itâ€™s only Fire Emblem games that are on offer, presumably to tie-in with the upcoming release of Birthright and Conquest.

On Wii U plain old Fire Emblem and Fire Emblem: The Sacred Stones fall to Â£3.14 each while Fire Emblem: Shadow Dragon drops to Â£4.49. Then on 3DS Fire Emblem: Awakening can be had for Â£26.49 until 14th April. Pre-owned copies still command Â£30, and so this deal may be of interest to some. Loads of Fire Emblem DLC is due a drop too, with prices starting at 89p.

Life of Pixel and Canvaleon on Wii U are in-line for a cut to Â£4.49 each as well, while FPS Chasing Dead drops like a zombie struck with a cricket bat – itâ€™s down from Â£24.99 to Â£7.99. We genuinely feel sorry for anybody who purchased it at full price – it only launched at the beginning of March. All signs point to a poor reception to blame for the sudden drop, with scores mostly around the 3/10 mark.