Much has changed since 2001, so to wish ourselves a very bloody happy birthday, here are eight things that didn’t exist 15 years ago when we started this nonsense.

The first big banana when it comes to flapping around in front of your TV was Sony’s EyeToy, released for the PlayStation 2 in 2003 – and in Europe first. That did pretty well, and plenty of people who don’t play games were convinced that cleaning virtual suds off their TV screen is a fun thing to do. Elaborate cable-based system Gametrak came shortly after, and did little to advance the cause. 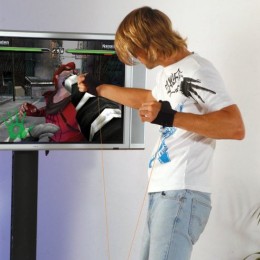 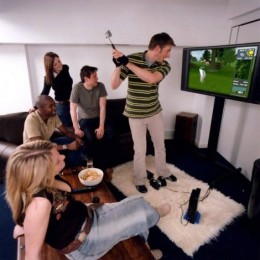 In 2006, Nintendo changed everything with the Wii. Briefly. It won the heck out of the generational ‘battle’ with the Xbox 360 and PlayStation 3, though a good proportion of 100 million plus owners might now struggle to remember anything beyond Wii Tennis. But you’ll still find it in the odd back room of a pub, a reminder that it really did break new ground.

That ground pretty quickly sealed back up though. The Wii U didn’t exactly pick up where its predecessor left off, PlayStation Move had little impact on PlayStation 3 or 4, and Kinect did little on Xbox 360 or One, despite a good start on the former and being initially bundled with the latter – a decision that was unwelcome, unsuccessful and short-lived.

So has motion control both risen and entirely fallen away again in the 15 years we’ve been going? Maybe it was just a fad, but perhaps virtual reality will see its resurgence: PlayStation VR may breathe new life into those Move controllers, Vive comes with motion controllers, and Oculus will have Touch.

But that depends on VR actually taking off. We’ll see.

Not that most people would even bother with that term now – they’re so ubiquitous, a smartphone’s just a phone these days. Not so in 2001, however. It was still all about Nokia back then, and not even the utterly ludicrous N-Gage – we were only treated to that in 2003. And forget your fancy iPhone, we didn’t have the first iPod until the autumn of 2001.

Perhaps we can lay some of the blame for the demise of motion control at the sleek feet of the smartphone. The Wii might have made gaming less frightening to a huge glut of population, but those touchable rectangles shovelled gaming straight into their pockets, and on a device they want regardless.

Apple really got it going, half accidentally, with the launch of the App Store in 2008, about a year after the first iPhone. That same year Android got going, and the rest is history – and the competition pretty much irrelevant.

Microsoft are a Johnny Big Face in the console world now, but not a decade and a half ago. The Dreamcast still had a few games left in it; the PlayStation 2 was just a few months old, and a long way from becoming the best selling console of all time.

Though it didn’t exist, we knew the Xbox was coming. It had been announced a year earlier in 2000, and from that moment the fuss began about the hard drive, and whether it would just be a PC in a different box. 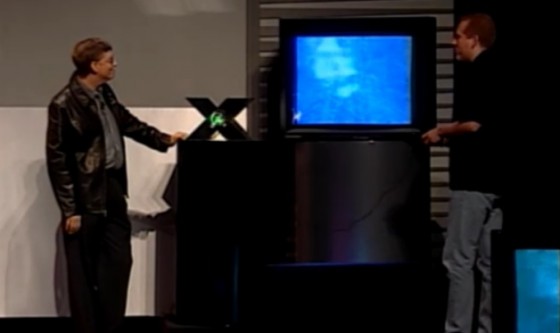 It launched in North America in late 2001, with Europe following in 2002. Probably best not to mention Japan.

And of course, it turned out that it wasn’t just a PC in a different box, and particularly with the launch of Xbox Live later in 2002, Microsoft did a lot to define what a modern console looks like. 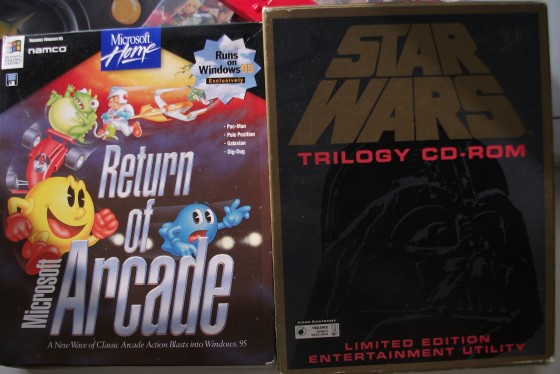 In 2001, we were just starting to get used to PC games not coming in needlessly oversized boxes. Broadband had only come to the UK the previous year, and we routinely referred to it as ADSL to make it sound clever. So digital distribution wasn’t really a thing; we didn’t have Blu-ray yet, and even big old cartridges weren’t completely done – the odd game was still stumbling out for the Nintendo 64.

A couple of years later, though, Valve saw what was coming – sort of. Counter-Strike was the game that launched Steam in 2003, though it was used mainly for patch delivery. It expanded to handle online features, and in 2004 Half-Life 2 controversially required Steam to play, even for physical copies of the game. It wasn’t until 2005 that third-party games started to be distributed through Steam though, and in May 2007 there were 150 games available on the service. That’s now more like 7,500.

It’s fair to say that digital distribution took off. And far from only on PC: independent digital releases now feature alongside first-party blockbusters in platform holder press conferences, Sony and Microsoft actively courting developers to secure varying degrees of exclusivity to use as a point of differentiation. Even Nintendo got on board the download train eventually, though you could argue that might have had a lot to do with being able to sell you a load of retro games all over again.

It’s been there or there about for years. Seven games in the series have sold over 15 million copies. Frank Underwood played it in House of Cards, which is still written about in real newspapers. In short: it’s kind of a big deal.

But the first Call of Duty was only released in 2003. Remarkably, given the embarrassment of subtitles now running through the series, that was just called Call of Duty. There were even a couple of purely numerical sequels, until number four whacked a Modern Warfare subtitle on there, and the seed of the numerous sub-series was planted.

The definitive Call of Duty, however, remains the N-Gage version of the original.

(For the record, Gamespot were actually quite kind to it.)

Fifteen years ago we wouldn’t have just embedded a video of a popular franchise on a stupid old phone. Back then video was expensive. It used up space on the server, but far worse than that, absolutely caned your bandwidth. Then another site would link to it – DIRECTLY TO THE FILE OF COURSE – rapidly leeching the very life force from your website.

YouTube only came along in 2005, and slowly changed everything. Or some things, anyway. Now there’s footage of virtually any game you would conceivably want (and plenty that you wouldn’t – see above), and of course people talking about them. People who have become celebrities. Celebrities who are in some cases are younger than this website.

So yeah, we’re not very good at YouTube. Our first attempt at a channel was kicked off the face of the internet after copyright claims from WWE – which was covered by Wired, bless them. On our half-hearted second attempt, one of our videos was briefly popular in Russia for reasons of which we were never entirely certain.

And now if anything YouTube is behind the times, with Twitch taking watching other people playing games to new levels.

If we wanted to promote an item fifteen years ago, we couldn’t just throw it on social media and watch it be overwhelmingly ignored. Twitter only launched in 2006; Facebook emerged in its earliest form in 2004. Not even MySpace – that didn’t come along until 2003. At a push, we could have put something on the recently shuttered Friends Reunited, which launched in 2000. 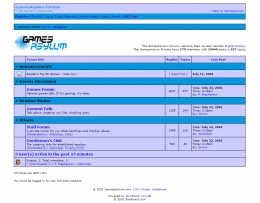 Back then we just had forums. Oh, there are still forums now, but then everyone had forums. More forums than anyone could ever know what to do with, split into a baffling network of sub-forums, with too many moderators and not enough users. And flame wars! Users from one website’s forum heading over to another’s, like school kids hanging around outside another school’s back gate. To do what? Nothing. Idiots.

Was life simpler then? No, because IRC – like a chat room that needs an instruction manual.