Considering the Easter weekend is almost upon us, this week isnâ€™t quite as jam packed with new releases as we expected. We are being treated to a of trio pleasant surprises however, with Rockstar to thank for two – PS4 re-releases of Bully and Manhunt.

As well as a 1080p up-scaling, they also feature Trophies and all the usual PS4 doodads – Share Play, Remote Play, Activity Feeds and Second Screen support. Theyâ€™ll set you back Â£11.99 each.

That other surprise? A stealth release of XCOM: Enemy Unknown Plus on PS Vita. We imagine itâ€™ll suit the handheld rather nicely.

Double Fine likewise show the system some love this week with Day of the Tentacle Remastered, also out on PS4. IGN thought it had stood the test of time, giving it 8.8. â€œThanks to the timeless quality of the writing, Day of the Tentacle remains as enjoyable today as it was when first released over twenty years agoâ€ they said, pointing out that only a lack of hint system holds it back. 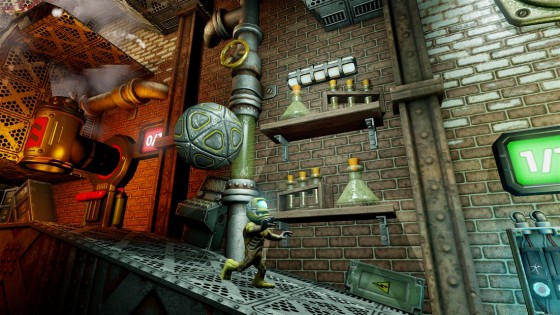 Just two others are due to grace PSN this week – puzzle-platformer 101 Ways to Die on PS4 (which arrived on Xbox One last Friday) and the Doddle God spin-off Doodle Devil on both PS4 and PS3. Thatâ€™s excluding Fallout 4’s Automatron DLC and the digital releases of Republique and Trackmania Turbo, we should note.

NIS Americaâ€™s paranoia-powered stealth adventure Republique is out on PS4 Friday for around Â£30. Reviews are mostly positive so far, including 8/10 from GameSpot.

Their verdict: â€œDespite its mobile game roots, the world of Republique is meant to immerse, to beckon the player’s curiosity, and to involve them enough in the city-state’s ins and outs enough to get Hope out of danger. In transitioning to consoles, the game remains largely successful at that.â€

Review scores of Trackmania Turbo are positive, too – a mixture of 7s, 8s and 9s. The Examiner had this to say: â€œTrackmania Turbo is a thrill ride, offering up some high-speed action that feels great from beginning to end. Complaints are minimal, and even though the cosmetic items are slow to earn unless you’re a natural, it still feels good when they are unlocked. The sense of speed, simple to learn yet hard to master controls, and the consistent mechanics make the game truly come together as a great arcade racer with some surprisingly consistent, almost simulation-grade mechanics like cornering and driftingâ€. They went on to give it an 8/10. 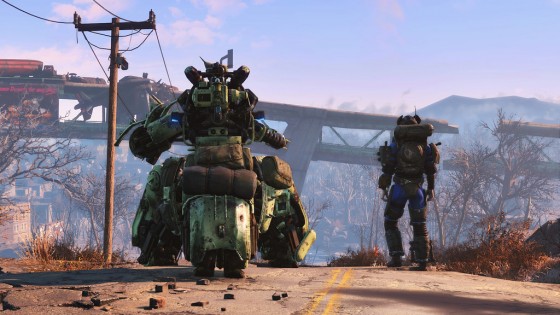 As for Fallout 4: Automatron, word has it that itâ€™s very good. Surprisingly good, even. Polygon went as far to say that it â€œoffers the variety the core game neededâ€ while VG/247 said that itâ€™s â€œmeatier than expectedâ€.

Hyrule Warriors Legends on 3DS hasnâ€™t had a reception as universally welcoming. Lazy Gamer and Destructoid both handed out 8/10s while Gamer Revolution scored it 4/5. GamesRadar and The Metro werenâ€™t too thrilled by it however, pointing out slow-down and a next-to-useless 3D mode.

â€œSwitch on the 3D and not only does the frame-rate plummet, the game actually starts moving more slowly. It takes more time to run across the field because the processor is groaning under the weight of having to draw all this stuff twice. It’s a proper mess, even on New 3DS, and the 2D mode is the best way to play, by farâ€ said GR.

The Metro twisted the knife in further: â€œAs long as you donâ€™t turn on 3D mode this is almost as good as the original Wii U game, the only problem being the Wii U version wasnâ€™t very good at all.â€ 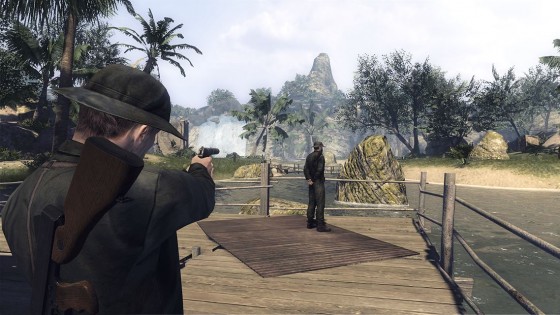 After arriving on the digital services a few weeks ago, creaky stealth shooter Alekhine’s Gun receives a retail release. Thatâ€™s joined by the belated Tropico 5 Penultimate Edition on Xbox One. The PS4 version can easily be found for around Â£15 these days, yet this Xbox One iteration is a full-price – a whopping Â£44.99.

We reviewed the Xbox 360 version back in 2014 (see, we told you it was belated) and gave it a 7 while pointing out that a â€œnext-genâ€ reboot would benefit the game massively. If its PS4 counterpart is to go by, this isn’t it.