For quite some time first-party releases on the Wii U eShop have launched at a not entirely unreasonable Â£39.99. The last we recall launching at Â£49.99 was in fact 2014â€™s Mario Kart 8. As such, we were surprised to discover that this Fridayâ€™s Pokken Tournament is arriving at a penny shy of fifty quid. Weâ€™d wager this is because it isnâ€™t your usual Nintendo first-party affair – Bandai-Namco developed the arcade original. Share the wealth, and all that.

Another reason to buy from bricks and mortar is that the first print comes with a Shadow Mewtwo amiibo card. We imagine amiibo collectors and Pokemon fans alike would quite like to bag one for their collection. 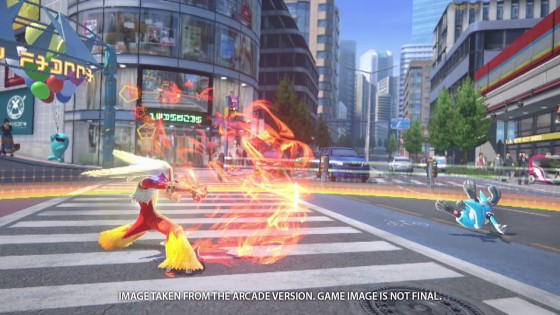 Currently we’re waiting on reviews for the Pokemon powered brawler. We canâ€™t see it knocking Super Smash Bros. off the Wii U beat’em up podium, or launch title Tekken Tag Tournament 2 for that matter, but it may prove to be a fun diversion. With a bit of luck reviews will go live before we pen our weekly new release round-up.

Just two other releases are lined-up for Wii U – pixel art platformer spin-off Mutant Mudds Super Challenge and the purposely blocky FPS Paranautical Activity (Â£8.99), which caused controversy on Steam for a whole bunch of reasons.

Previews of Super Challenge were positive, suggesting that itâ€™ll be worth investigating. â€œIt’s the kind of retro difficulty that’ll make you rip your hair out, but it feels completely fair and should only take you a few runs to conceptualizeâ€ said Destructoid. Itâ€™s due to arrive with a discount in place – Â£7.64 for those who downloaded the demo, own the original or already own the 3DS version on the same NNID. Itâ€™s Â£8.99 otherwise. 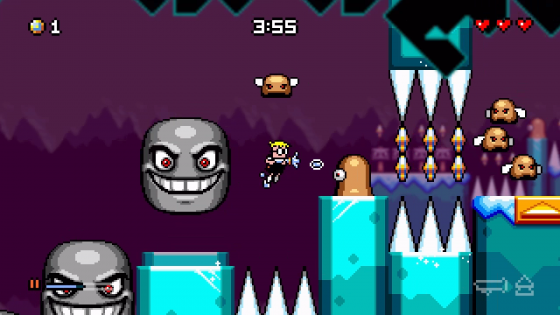 Mutant Mudds Super Challenge is also due on 3DS this Thursday, along with the allegedly mediocre 2D run and gunner The Legend of Dark Witch 2 (â‚¬3.99). The fact that the price of Dark Witch 2 isnâ€™t mentioned in GBP suggests that itâ€™s only out in some parts of Europe. Thanks to Nintendo Life for that heads-up.

A demo of Circleâ€™s Petit Novel Series – Harvest December on 3DS is also down for release. Only three months late.

As for Virtual Console releases, Nintendo continues to show the New 3DS some love with legendary 16-bit racers F-Zero and Super Mario Kart. Buy one for Â£7.19 and get the other for Â£3.59. These two need no introduction, being the stone cold classics that they are. Both have (arguably) been superseded by later iterations but remain essential regardless. 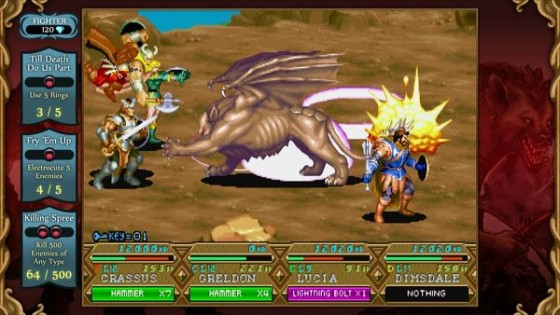 Unlike the last few eShop updates, this weekâ€™s discounts are actually worth talking about. Capcom has a duo of inciting Wii U price drops – the very good DuckTales: Remastered and the cult scrolling brawler Dungeons & Dragons: Chronicles of Mystara fall to Â£4.79 and Â£4.19 respectively until 31st March.

Capcom and Curve Digital also provide some of this weekâ€™s 3DS price-drops, including Phoenix Wright: Ace Attorney Trilogy for Â£14.99 and Phoenix Wright: Ace Attorney – Dual Destinies for Â£8.99. Curveâ€™s OlliOlli meanwhile can be had for Â£3.19 until 31st March. The original Mutant Mudds is also on offer, down to Â£4.04. The rest of the 3DS discounts are the usual assortment, including good old Real Heroes: Firefighter 3D Download Version (Â£4.49). Oh joy.

Unless youâ€™re after a Maya the Bee or Miffy home theme for 3DS, thatâ€™s your lot for this week. Check back around Wednesday for word on those Pokken Tournament reviews.