Everything in this exceedingly colourful tower defence shooter has something to say. The deployable turrets call out for repair when damaged, the shuttle that ferries the unlikely hero from one area is something of a smooth talker, and even the planet itself occasionally chimes in with words of praise and encouragement.

The only thing that doesnâ€™t talk is titular hero McDroid, who instead converses with R2-D2 style bleeps and whistles. Or Star Warsâ€™ BB8 to be more exact, although McDroid was around long before BB8 bounced onto the scene – McDroid (as in, the game) was first released on PC in 2013.

After crash landing on a far-flung planet, the curiously courageous McDroid – who bounds around the alien landscapes like an overexcited Labrador – soon discovers that the planet is being ravaged by mutated slugs, spiders and other intergalactic pests. The planet is, quite literally in this case, crying out in pain. McDroid and his jive talkinâ€™ shuttle take a leaf out of Michael Jacksonâ€™s book and attempt to heal the world, destroying alien hives and planting various trees to restore the balance of nature. As the planet starts to heal it slowly becomes more articulate, which is something that makes a surprising amount of impact on the sense of progression. 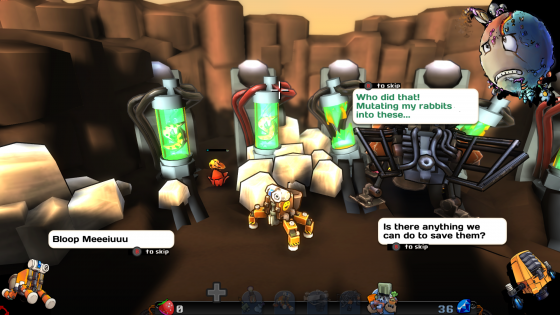 In keeping with the theme, strawberries act as currency. They take around a minute or so to grow before McDroid can transport them back to the shuttle. McDroid can also carry a turret on his back, repairing it in the process. The constant need to swap out broken turrets and gather strawberries makes for one busy droid, and as such this often proves to be both engaging and demanding.

As expected, the first few missions teach the basics. Although the opening levels are small in size, itâ€™s still vital to pay attention – as far as tower defence games go, this is more complex than most due to a warped sense of logic. Certainly more complex than Defence Grid and Toy Soldiers. Overlook even the smallest of aspects and chances are that the swiftly increasing difficulty level will hit you all the harder.

There are no checkpoints or such here – one shot at success is all you get. This does of course lead to some frustration, especially when some of the larger enemies can kill with one hit. Mistakes will be made, yet with every failure comes a glimmer of hope, and youâ€™ll soon learn how to plan for waves and certain enemies in advance. 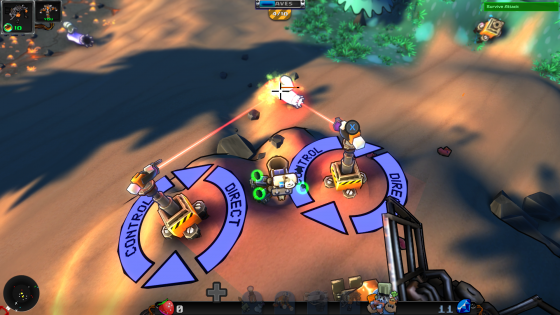 Like all good tower defence games, new turret types and other playthings are introduced over time. The attack on the aliens begins with simple lasers, paving the way for missile launchers and tesla cannons. Out of all the new pieces of equipment McDroid is bestowed two in particular standout as â€˜game changersâ€™ – mobile turrets that can be placed pretty much anywhere, and spider-bots that transport strawberries back to base, thus allowing attention to be focused elsewhere generic cialis online.

Not only are most turrets upgradeable, but they can also be made more powerful by placing a bonsai tree nearby. The cel-shaded visuals have a unique â€˜stretchyâ€™ property to them – place a turret near a tree and itâ€™ll magically grow in size, shrinking back to usual proportions the moment McDroid steps away. Despite some inconsistencies with presentation, the aesthetics are very vivid and imaginative. We also approve of the way that McDroid can be customised via sporadically placed paint pots. 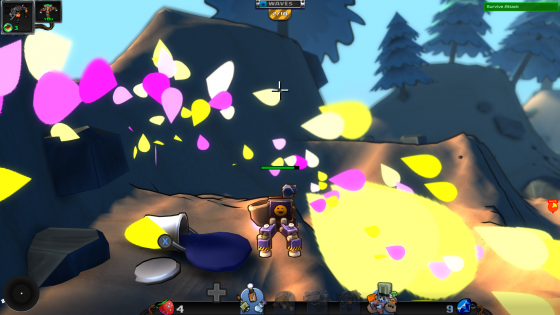 As the levels get larger and busier, the difficulty level soon starts to rise with one rather nasty difficulty spike around halfway through. From thereon in, every single level will doubtless take several attempts to finish, such is the ferocity of which the enemy attacks.

All 13 levels have a twist or focus, such as test tubes that must be protected. Another level has a stone wall as its focal point, which the mutants lurk and spawn behind. Itâ€™s your call as to whether to knock the wall down as soon as possible to prevent an unstoppable onslaught, or keep it intact until defences are strong enough. Wait too long though and the frame rate takes a critical nosedive; something that frequently happens when things get too busy.

The fact that McDroid is almost three years old makes the technical issues slightly harder to swallow – developers Grip Digital have had ample time to get it running smoothly on consoles. 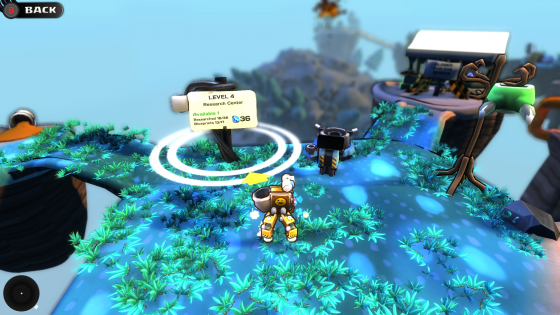 To make matters worse, reaching the grand finale takes a hefty amount of patience as youâ€™re forced to grind on challenge maps for diamonds – the second, more elusive, in-game currency. Diamonds allow McDroid to place the aforementioned mobile bases, plant giant redwood trees, mines and more. All of these are required to beat the final few levels, as well as upgrade existing turrets. Start one of the later levels without a decent amount of diamonds and you may as well put the joypad down and walk out the room.

To use a phrase thatâ€™s apt, McDroid is less of a hidden gem and more of a diamond in the rough; a diamond that’s covered in a fair bit of dirt. Itâ€™s hard not like a game that sees you harvesting strawberries in order to purchase talking laser turrets, but ultimately, only the most battle-hardened of tower defence fans should sign up for this struggle.