Or to be more precise, roughly half of Hitman – this time round the series is being given the episodic approach. Cause for concern is understandable, but if the developers accomplish what they set out to achieve it could very well become one of the freshest experiences around. 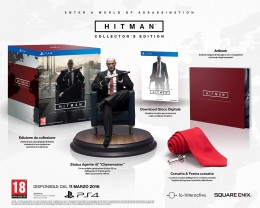 Â£11.99 gets you the intro pack, due on both the Xbox One store and PSN this Friday, while the full package is priced Â£44.99. Thereâ€™s also an upgrade pack available, although the price of this is currently unknown. The intro pack gives access to the prologue mission, the Paris Sanguine Fashion Show and access to Contracts and Escalation modes. The remaining locations then roll out periodically throughout 2016, starting next month. The developers promise to add new content, challenges, weekly events and more between major updates in order to keep things fresh. The beta went down incredibly well, so we have confidence that itâ€™s going to bring the franchise back on top form. Fans werenâ€™t too thrilled by Absolution, if memory serves.

A physical release is due much later this year. Alternatively, the collectorâ€™s edition is due Friday which includes a statue, art book, a fetching red tie and a download code for the full package. Expect to pay around Â£100.

Tom Clancy’s The Division will no doubt be the main attraction for many this week though. Reviews are starting to trickle through now, albeit from lesser-known gaming sites. GameSkinny gave it a 7, stating that the updates due in the weeks in months to come will define it. Paulsemel.com found it was best played solo, despite the co-op focus. Technoverts meanwhile handed out 3.5/5, but to put it politely, itâ€™s hardly the most comprehensive of reviews. 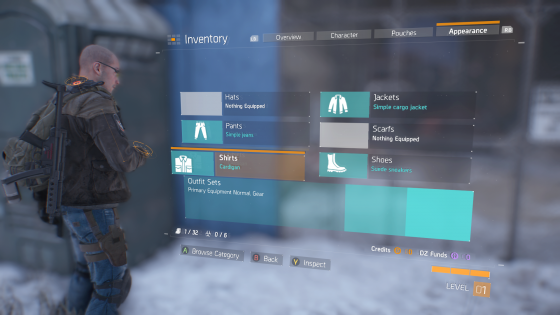 From what weâ€™ve played, itâ€™s a rather robust and scrappy shooter with some very welcome RPG overtones. Thereâ€™s a learning curve, but itâ€™s a gentle one – in the opening areas very few nasty surprises lurk, allowing plenty of time to get to grips with the co-op aspects and the fancy menu/map screens. The fact that woolly hats and cardigans are amongst the loot drops amuses us slightly. What would Black Friday be without people fighting over a pair of comfortable lounge pants?

One thing is certain though – the visuals have indeed been downgraded since E3. Itâ€™s like Watch_Dogs all over again.

Comparison between the vertical slice of The Division at E3 2013 and the final game that has been released 2016 – pic.twitter.com/e2RCnwLIOO

As already mentioned, other retail releases are few in number. The 3DS gets the allegedly good but not great strategic RPG Stella Glow while Samurai Warriors 4 Empires heads to PS4. Unless mistaken, the PS3 and PS Vita version of Empires are digital only. Theyâ€™re also out this week. 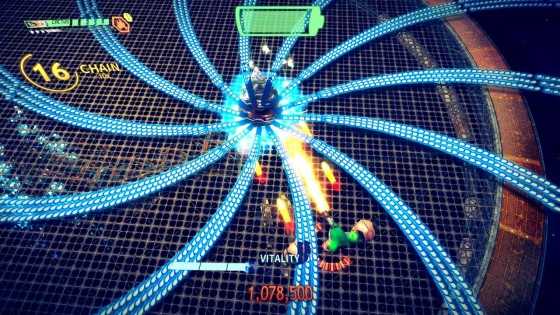 The PS4, PS Vita and Xbox One are all set to receive Blast â€˜em Bunnies (Â£3.99) which is arriving with a wealth of DLC – costume packs, arenas, weapons and more. Early reviews of this colourful shooter havenâ€™t been great, such as GameSpewâ€™s lowly 2/10. â€œIf you want anything more than the one level and the one set of enemies, youâ€™re going to paying anywhere from Â£11 to Â£19 extra on top of the base priceâ€ they said. They also forewarned that itâ€™s not the kiddy fodder it initially seems, due to the presence of the â€˜Throat Slitterâ€™ rabbit.

Alas, we donâ€™t hold out much hope for Tetris clone Tetraminos – out now on PS4 and Xbox One – either. Or the full-price Hitman homage Alekhine’s Gun, for that matter – VideoGamer, amongst others, report of low production values, dated visuals and an abundance of glitches. We have no idea why the publisher has chosen to launch it the same week as the real deal. Perhaps they thought that the new-fangled Hitman would leave some fans pining for the simpler days? Who knows. 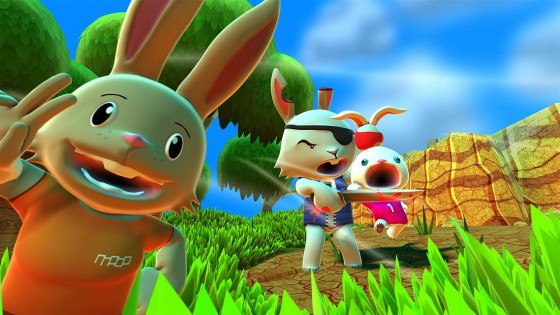 This leaves us with two belated Xbox One releases – popular puzzle platformer Teslagrad (Â£11.99) and the vehicular smash and crasher Cel Damage HD (currently available to pre-order for Â£7.19). As the name suggests, it’s a revamp of Cel Damage: Overdrive – a very early GameCube/Xbox release which was originally published by EA. The PS2 version ended up as a Â£9.99 release. As budget games went, it was one of the better examples. Up there with Play Itâ€™s own Road Trip Adventure, in fact.

Edit: Ori and the Blind Forest: Definitive Edition is due on Xbox One this Friday, adding a new area – the lore expanding Black Root Burrows – three new difficulty levels and a theater mode. Those who already own Ori and the Blind Forest will be able to upgrade for a small fee, but it looks like we’ll have to wait until launch day to see just how small.