I came to Firewatch almost completely cold. (No heat-based pun intended, or indeed incoming.) I think that added to my enjoyment, and this contains quite vague spoilers. So I don’t want to discourage you from read it, but… just saying.

It’s certainly not a spoiler to say that Firewatch involves making decisions. It’s one of those games. I think ‘narrative’ is a fair term. I’m less keen on ‘experiential’, much like I am less keen on slamming my small toe in a patio door. If you’re a bit of a prannet, a ‘non-game’. Suffice it to say, Firewatch isn’t about fire in the same way that Jaws isn’t about sharks and Tinker Tailor Soldier Spy isn’t about spying.

The point is, I very quickly identified pretty comprehensively with Henry, to the point that I was making decisions as me, not what I thought was right or clever in the game. Moderate, uncertain, weighting-up-the-options sort of answers. Perhaps it’s telling that the game presents those sorts of options. But interestingly, Keith Stuart wrote recently on The Guardian about specifically not identifying with Henry. Which possibly makes me special or wrong.

But what stuck with me more, was that I also found myself doing things as Henry that I would in real life. Like navigating really badly. If you’ve ever seen anyone going up a mountain, stopping at every path junction, and often in between, interminably checking their map and GPS – yeah, that was me. That’s exactly what I did in Firewatch, despite often knowing that I was going in basically the right direction. I noticed myself doing it, but as in reality, I hated the idea of wasting time on foot. Despite wasting much more time checking the map. 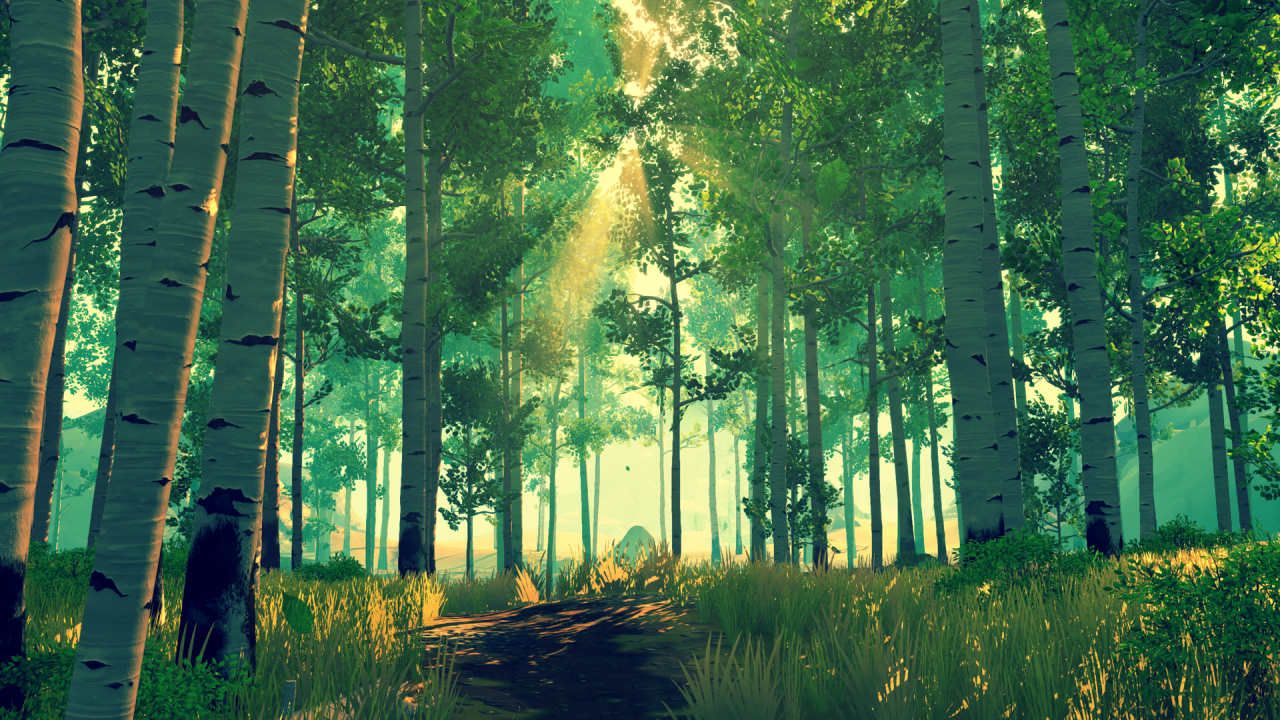 I also caught myself not paying attention to Delilah, Henry’s supervisor on the other end of a walkie-talkie, as she told me about her life – exactly as I am wont to do on the phone, if I’m distracted by something else. Just in the case of Firewatch, the distraction wasn’t my laptop, but having to climb up a rope.

Sometimes I sauntered around the place, taking in the stunning surroundings. Other times I jogged because I was bored of walking. At some point I stopped playing it like a game; stopped checking in every nook and cranny for some digital treat. The bit of Wyoming forest under my watch just didn’t feel like that sort of place. It felt more believably real than that. Which made the game’s revelations, such as they are, all the more affecting.

Whether by chance or design, or a bit of both, Firewatch really tapped into me. And it’s stayed with me since, I think because it shares my reasoned, moderate – almost mundane – attitude to life. Which doesn’t sound like a recommendation, but definitely is.