Last week treated us to a double whammy of Far Cry Primal and PvZ: Garden Warfare 2. This week is far more modest in comparison – every single retail release is a re-release of some description.

The Legend of Zelda: Twilight Princess gets a digital dust off for Wii U, packaged with a fancy amiibo that unlocks a new dungeon. Nintendo has seemingly kept quiet that Australian studio Tantalus – best known for Funky Barn on Wii U and 3DS – handled this HD revamp. Itâ€™s not quite the random choice it initially seems, though – they recently converted Ubisoftâ€™s ZombiU from Wii U to PS4/Xbox One. If memory serves, they did a cracking job with WipEout 2097 on Sega Saturn, too. 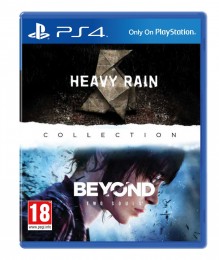 Twilight Princess HD reviews went live yesterday, where it arrived to a mixture of 8s and 9s. The general consensus is that itâ€™s a pretty straight-forward revamp but still a great game regardless.

Over on PS4 Heavy Rain and last November’s Beyond: Two Souls are being bundled together for around the Â£30 mark. These are two games critics love and hate in equal measures – for every positive review, thereâ€™s a negative one.

Things are no different now – Beyond gained 4/10 from The Metro while GameSpot gave it 8/10; Heavy Rain received 5/10 from Push Square and a lofty 9/10 from PlayStation Universe.

Whatâ€™s a gamer to do? Read as many reviews as possible, we guess. 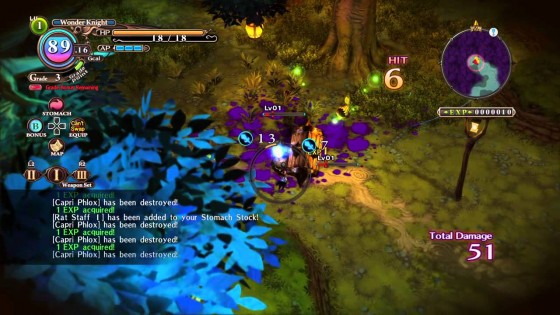 The Witch and The Hundred Knight: Revival Edition also heads to PS4. This too is another â€˜Marmite gameâ€™ – a Japanese version of Diablo, if you will. The PS3 original had a notoriously bad bug that forces a system shutdown, clearing all progress. Apparently it was never patched. Weâ€™d like to think this was the first thing to rectify here.

The content-heavy Mortal Kombat XL (PS4/Xbox One), and the Xbox One-exclusive Goat Simulator: The Bundle – which includes the original, GoatZ and MMO Simulator – round off this rather peculiar week.

We didnâ€™t think much of Goat Simulator. That said, the 6/10 we gave it was more generous than some of the scores it received. â€œGoat Simulator is something that dares to be different, and thatâ€™s enough to overlook the shoddiness present in certain areasâ€ we said. It went on to become a staple of YouTubers and Twitch steamers alike. 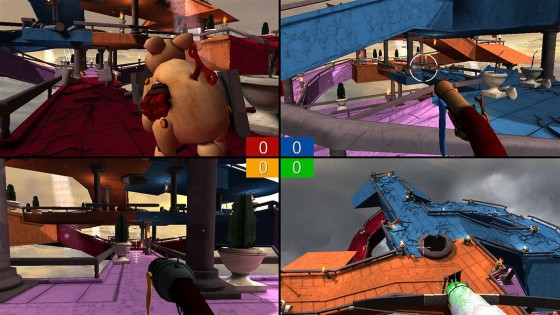 On the download services both Xbox One and PS4 receive purposely pixelated FPS Gunscape, 1880â€™s set strategy game Ironcast and the split-screen party shooter Screencheat. The twist in Screencheat is that every player is invisible, and so you have to look at the other playerâ€™s screen to see where they are. Itâ€™ll no doubt make those weaned on GoldenEye 007 and Perfect Dark feel rather nostalgic.

The Xbox One also get a preview version of Prison Architect – which is also en route to the humble Xbox 360 – while the PS4 sees a quartet of other new releases. Specifically, retro platformer Ninja Senki DX, sci-fi defence game McDroid – which was well-received on Steam – the Worms alike Square Heroes and the 2D roguelike Siralim.

Remember to grab this monthâ€™s PS Plus freebies too – BroForce and GALAK-Z (PS4), Super Stardust HD and The Last Guy (PS3), plus Flame Over and Reality Fighters on PS Vita. The Xbox crew meanwhile can currently grab half of their freebies, including Supreme Commander 2 and Sherlock Holmes: Crimes and Punishment. That last one is something of a hidden gem, and so itâ€™s pleasing to see it reach a larger audience.