Rumour has it that the next Zelda will launch on Wii U and NX simultaneously. If this is the case, then the Wii U will end up as one of few Nintendo systems not to receive an exclusive Zelda, spin-off Hyrule Warriors aside. Should Wii U owners feel disgruntled? Perhaps, but the format now has two very fine HD remakes to call its own – The Wind Waker HD and this weekâ€™s Zelda: Twilight Princess HD. Weâ€™d argue that these two are the best console Zelda games since Ocarina of Time.

Reviews of Zelda: Twilight Princess HD went live this afternoon, where it was met by a mostly positive reception. Not a single review score lower than 8/10 so far. However, dozens of 8/10s are being bandied about. Critics seem to be in agreement that itâ€™s the best way to experience the game, but the faults of the original – such as the slow start – are still present and in terms of HD makeovers itâ€™s a relatively straightforward affair. A few sites, including GameRant, also pointed out that the â€œamiibo-based paywallâ€ blocks some users from the new dungeon. Weâ€™re starting to think that Nintendo canâ€™t â€˜winâ€™ with amiibo – whether they serve a significant purpose or merely unlock a new costume, gamers are up in arms. 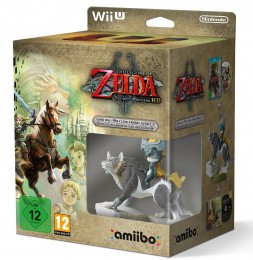 Anyway, we digress. US Gamer, GamesRadar and Digital Spy gave Linkâ€™s latest 4/5 while EGM, The Metro and Polygon handed out 8/10s. GameSpot and Nintendo Life felt it was worth 9/10; God is a Geek dished out full marks – a resounding 10/10. â€œTwilight Princess HD does everything its predecessor did but better, making it one of the most triumphant remasters yet and cementing it as one of the best games of our generationâ€ they said.

The price of the digital eShop release, due Friday, has been confirmed as Â£39.99. We have a feeling that fans will want to grab the amiibo limited edition though, which is available for just a few extra quid – currently Â£42.99 at both GAME and Amazon. 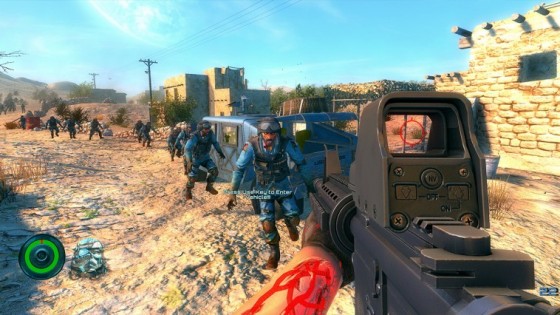 The Wii U eShop sees another premium priced download this week, in the form of sci-fi zombie shooter Chasing Dead (Â£24.99). Also due on PS4 soon, itâ€™s viewed from a first-person perspective and appears to be a pleasingly bombastic affair. It may even give Black Opsâ€™ zombie mode a run for its money.

Screenshots and details can be found here, while the trailer – in 4K-o-vision – is below. Aside the dodgy live-action cut-scenes, itâ€™s looking surprisingly accomplished:

Those who prefer their zombies to be slightly cuter (well, as cute as a zombie can be) might want to consider the arcade-like Grumpy Reaper (Â£4.49) instead. Published by EnjoyUp, it entails turning a humble lawn mower into a lethal weapon against the undead, in order to help Death find a bunch of lost keys. The trailer can be viewed here.

The Wii U also gets U Host (Â£8.99) – a game show that can be tailored to fit around parties, baby showers, birthdays and more – and a Virtual Console release of the Nintendo DS classic Advance Wars: Dual Strike (Â£8.99). 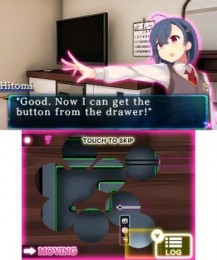 Itâ€™s a slightly quieter week for the 3DS in comparison, with just two new releases due Thursday – music maker Musicverse: Electronic Keyboard, in which itâ€™s possible to share tracks via Miiverse, Facebook and Twitter – and the anime-style mystery Parascientific Escape Cruise in the Distant Seas (Â£3.99).

New New Etrian Odyssey 2 Untold: The Fafnir Knight and Lego Marvelâ€™s Avengers DLC are due on 3DS too, including a season pass for the latter. Perhaps Warner were waiting for sales figures before committing to DLC? The base game launched back in January.

The weekâ€™s discounts meanwhile are the usual assortment of hidden object games and match-three puzzlers. Resident Evil Revelations is down for a drop on both Wii U and 3DS to Â£7.99 and Â£7.49 respectively though, while early 3DS shooter Resident Evil: The Mercenaries 3D falls to a mere Â£3.10. Capcom hasnâ€™t been fully committed to bringing the Resident Evil series to the current crop of Nintendo consoles. Fortunately the few that have made it are well worth a play.